Who's In Your Corner? By Vickie Stam 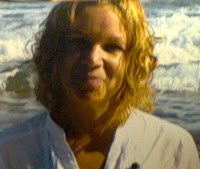 "Commit to the Lord whatever you do, and, he will establish your plans." Proverbs 16:3


When someone tells you, "You won't win"....it hurts. They're  obviously not in your corner. I wanted to shout, "you're wrong!" but it was my first crack at writing something that had the potential to go to print and for a fraction of a second I wondered if I was feeling too optimistic.

Those words stung. Still, I could see my story. I could visualize people reading it. I could see it in print. It was a dream. An exciting dream! And every fiber of my being wanted to win.

I remember running my tongue over the flap on the back of the envelope. I hated the taste of the glue but I needed to seal the covering before handing it over to the person behind the counter at the post office. She gently sat the large envelope on the scale. I wondered if the words inside would tip the scale. Words characterizing someone with an iron-hand sprawled across the page. It reeked of injustice. Regular postage would certainly not suffice.

A cover letter was attached bearing my name and other necessary information needed to enter the contest. This was no ordinary letter. I had gone over every word more times than I dared to count. I could not afford mistakes.

Handing over the money, watching her put the stamp on the front and seeing her drop the envelope in the mail slot made me realize there was no turning back. It was a done deal. My story was now on its way. No one read it before it was neatly tucked inside its shell. Not a single person gave me their opinion. There was no on line critique group, no fellow writer I could turn to. Quite simply, I wrote a story; a story I felt had a strong possibility of winning.

When I turned and walked out the door I remember hearing the bells ring; the ones that dangled from the door handle of the post office. If hope could ring...it surely did. For the women behind the counter the sound was merely a signal of someone coming in. For me, something was going out. Something big!

Even though my story was short, two hundred and fifty words to be exact, I felt it was a story that needed to be told and I was certain I could do it inside of one paragraph.

Sadly, I did not win. Even so, I'm glad I found the courage to press on, move past those sharp words that for a millisecond almost robbed me of my self-confidence.

Today, I'm happy to say, I have a few trusted friends who encourage me to write. They're kind. And they don't tell me, "You won't win."