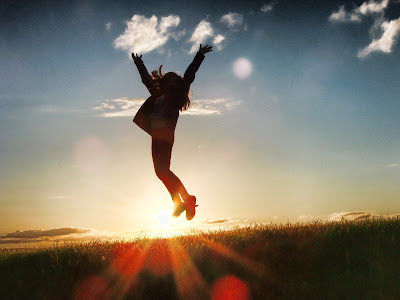 Image by Shad0wfall from Pixabay
My first introduction to Inscribe Christian Writers’ Fellowship was at a Fall Conference many years ago.

I don’t know exactly what I was expecting about these people. Frazzle-haired intellectuals wandering around muttering to themselves as they scribbled in notebooks? Impeccably dressed socialites gathered in small groups, name-dropping and talking about their latest book awards?

“Dahling, I spoke to Joanne yesterday – you know, Rowling? She’s coming to my fete on Friday next. Everyone will be there. Stephen King said he’d pop in for a minute or two, and Robert Munsch, of course. You should come.”

Imagine, if you will, me walking into that first assembly hall and finding, to my surprise, that ICWF people were … regular people. In fact, I couldn’t distinguish them from any other people I knew. They dressed like regular people, combed their hair like respectable persons would, and conversed in regular language that one didn’t need a dictionary to decipher. They even talked to me.

It was a wonderfully enlightening moment. But there are two other moments in my interactions with InScribe that far outweigh all the rest, because they shifted my atmosphere.

First moment: Don’t remember the Who, the When, or the Where. But the What was the Who who said, If you write, then you’re a writer.

Seven words. That’s all it took. It was the confirmation I’d been looking for, for many many years. Permission to call myself a writer! Even though I'd never been published.

Second moment: In my mind's eye, I can see the Who but don’t remember his name. The Where was a WorDshop in Calgary. The When is fuzzy.

The What was a workshop where the Who was telling us about the experience of writing his __th novel; how he never knew where his story was going, being an intuitive writer, but this time an important character just got up and left the story three-quarters of the way through, and never came back.

I sat there stunned at three of his words: an intuitive writer.

That’s how I write! It must be okay.

Until that point, I’d been ashamed to admit that I seldom work from an outline. I sometimes have a rough idea of where I’m heading but basically the story unfolds as it unfolds. At last, affirmation that the way I wrote was a legitimate way of writing.

These two moments, Confirmation and Affirmation, were AH moments for me.

Not the OH! of surprise, or the AHA! of Eureka, but a relieving sigh. The release of pent-up anxiety I’d been carrying, over something I loved and couldn’t seem to quit doing – writing!

Since then, I’ve had a freedom in my writing that I’d never experienced before those moments.

Yes, InScribe is to me all the things mentioned in previous posts: Community, Encouragement, Training, Networking, Friendships, Fun... But more than anything, I’m grateful for the two moments that forever shifted my atmosphere.

Joy is a regular person who manages to keep her hair combed most of the time. Except when she's close to a deadline. She doesn't know J.K. Rowling, Stephen King, or Robert Munsch personally but enjoys their work very much. She writes from a tiny cluttered study in the home she shares with The Cowboy and Babe, Jubal the Snowman, Reggie his pet reindeer, and his friend Beverly Mouse, who is afraid of almost everything.

Find more of her writing at Scraps of Joy.