I’m sure I first learned to walk in order to keep up with my brothers as they played with a toy I wanted, but it was my father who taught me to walk with purpose. 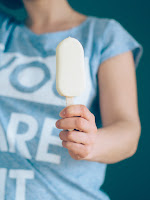 Dad was a postman, and on summer vacation, I was occasionally invited to walk the mid-morning portion of his route with him. I wanted to, because it usually ended in a treat from the ice-cream bicycle we would meet along the way. Dad walked fast, though. He had to cover a certain amount of ground. Sometimes I ran to catch up, but soon I learned to walk quickly alongside rather than dilly-dally along the way. No matter how hot the day was, no matter how heavy his mailbag, no matter how grumpy the dogs along the way, Dad walked with purpose to get the job done.

As young as I was when I learned to walk like Dad, I haven’t seemed to translate that physical walk to my spiritual or writing journey. I still wander all over the landscape. My trail of small size six footprints meander along, climbing around the mountain of my life. I may be going higher and higher, but I sometimes pause to play in the mud or flowery dales alongside the trail, forgetting I need to move forward. Occasionally I go to the edge of the path to look down on the valley below. Each circle of the mountain provides a different view of the same past. Each one closer, perhaps, to how God views the events of my life from His eternal perspective. 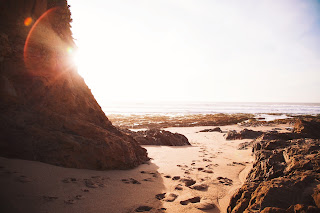 Looking back along that trail I can see points where steps I took led me into new territory that would be life-changing, though I seldom realized it at the time. One such step happened when we moved from small town living into a city.

I don’t remember how I found her number, but I screwed up the courage to phone. I spoke with Linda Wegner, leader of the local Inscribe writers’ group in Saskatoon. I asked about the next meeting. A few nights later, this small town introvert was driving along unfamiliar streets across a big city to a stranger’s home to meet people I did not know. I was not even sure if I should be in their company! These were writers!

(At this meeting I also met a writer who was a Professor at a local Bible School in Saskatoon. Later that year, when life changed our path again, my husband started his journey to ministry at that school.)

Half a dozen years later we left Saskatoon and I was heartbroken to leave the friends in the His Imprint writers’ group. When I settled into my new home, I put out word I was starting a Christian writers’ group. I need and enjoy the connection, the encouragement, the instruction, and the spiritual support. And I find much of what I need in my new Inscribe group in Northern British Columbia.

I am not published as much as some of the writers I have been privileged to meet along the way, but I have been inspired to be purposeful in my writing. I am encouraged to be purposeful not only in the practice of writing, but in the sharing of that writing. I have contributed monthly to this Inscribe writers online blog for over a year now, and this past February I started my own blog as well.