The Little Grey Box That Blessed Me -- Bruce Atchison 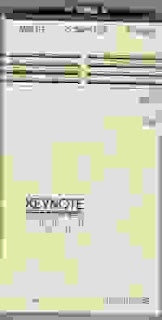 If it sat on a thrift shop shelf today, few customers would recognize what a helpful gadget it was for blind computer users. But fortunately for me, the Keynote Gold Stand Alone speech synthesizer became my gateway to writing.

How was this so? Computers were once off limits to me due to my poor eyesight. Those green and amber monochrome monitors people used to use were extremely difficult for me to read. Even a magnifying glass didn't help much. When I did try to read the screen, I ended up with a back ache.

Worse yet, I lost the vision in my left eye because I read too much on and off the job. As a result, I lost many work duties which required reading. I was eventually laid off due to there not being sufficient justification to keep me employed.

Thanks to a partial grant from the CNIB, I bought a Keynote Gold speech synthesizer in 1993. A whole new world opened for my writing. For the first time, I didn't have to scribble letters and articles with my nose almost touching the page. I could erase mistakes and move paragraphs around with astonishing ease. My printed pages were letter perfect and free from scratch-outs and smudges. 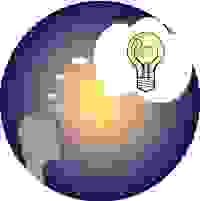 Two years later, I felt that the entire universe opened up to me when I ventured onto Bulletin board Servers and then the Internet. I did my writing research, and even an interview with a musician, online instead of squinting at library cards and magazines.

WordPerfect 5.1 served as my word processor workhorse program as I wrote queries, articles, and three memoirs. If I didn't have a speech synthesizer such as the Keynote Gold, I would have not written even a fraction of the output which I had done. Thanks to this paperback-book-sized device, I became the writer I am today.