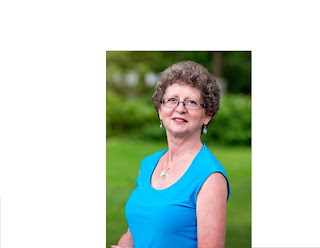 My writing journey began when I followed the example of a turtle.  This may sound strange, but allow me to explain.

A turtle is unable to move forward until it sticks its neck out.  This involves risk. For a turtle it’s the risk of physical danger.  For me it was the risk of rejection.  Unless I felt very safe I was not going to come out of my shell.

The stage was set when I attended a silent retreat. Upon arrival I was given a journal for recording my thoughts. As I strolled through towering evergreens and along the bank of a winding creek the peaceful setting stilled my mind.  Over the next two days I was inspired to make many entries in the journal. These snippets held a depth of insight I’d rarely experienced.

My next step came when I invited a friend to accompany me on a speaking trip.  During our drive from Calgary to eastern Saskatchewan we shared deeply and authentically about our lives.  In this safe and non-judgmental atmosphere I found the confidence to read some entries from my journal. I was still sticking my neck out but felt the risk was minimal.

My friend encouraged me to start writing a blog.  The thought of sharing my words with others was terrifying.  I agreed to pray about it and the next morning woke up with the words to my first post already composed in my mind.  Now I just needed to stick my neck out enough to share them!

A short time later I gathered my courage and joined a weekly meeting of local writers.  There was an opportunity to share our writing at each meeting. The support and encouragement I received led me to believe that sticking my neck out to do this was worth the risk.

When I hid in my safe little shell, nothing exciting or challenging was allowed to enter my predictable life.  Once I started to move like a turtle by sticking my neck out, things began to change.  My blog posts have evolved into two books.  That was really sticking my neck out!  It paid off though, as one was recently a finalist in The Word Awards.

In the past few years I’ve joined both InScribe and The Word Guild.  What I have learned through their online communities and conferences has enabled me to improve in the craft of writing. Contacts made have also lead to my work appearing in national and international publications.

I still have a lot to learn and a long way to go.  Every minute of this journey has been an unexpected gift. The small steps I took by sticking my neck out have proven to be what was needed to move me forward.  Every time I do it, it gets a little easier. I just need to keep following the example of the slow and steady turtle. 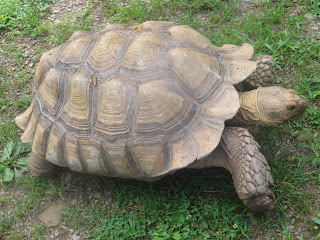