But I Can't Forgive... by Bobbi Junior

“I know I have to forgive,” I said to my friend with a heavy heart, “but I can’t. I say the words, but my heart isn’t anywhere near engaged.”
“You don’t have to forgive them, “ she told me.  “Ask Jesus to forgive them instead.”
I was taken aback. “Isn’t that a cop out?”
“Not a all. On the cross, Jesus was in agony from his tormentors, and he said, ‘Father, forgive them.’ Why can’t we do the same?”
Well, okay! If Jesus could shift the burden of forgiveness from himself to God, then so would I.
So that became my prayer. When the anguish and anger of remembering what had been done to me rose up like bile in my gut, I passed the responsibility to Jesus’ shoulders.
“Lord, I can’t forgive them, but if you think they deserve it, maybe you can.”
As months, then years went by, the fire’s fuel seemed to dissipate. Gradually my prayer changed to a simple request. “Jesus, please forgive them.”
Until eventually it came to this. “Lord, you love them as much as you love me. Just as you forgave me, forgive them too.”
One day I realized the familiar resentment that had always smoldered just beneath the surface of my conscience was gone. That place was empty. Clean. No fuel was left for the fire to burn.
That’s when my writing began to flourish, take on a new freedom of depth and insight.
But why?
This time a farmer from our church gave me the second truth in solving the mystery of personal forgiveness.
“If someone has hurt us badly,” he said, “we can’t see the good in them until we’ve fully forgiven.”
A light flashed on. In that moment I realized that now, as I wrote about the hurts and offenses in my life, I saw my tormenters as whole people, not the one-dimensional characters they had always seemed to be. With the Lord’s help, I began to identify what was good in those who had hurt me. I recognized the good intentions some had had, intentions that sadly had gone terribly wrong. We all, like sheep, have gone astray. Isaiah 53:6
For years my writing was tethered to unforgiveness. Today, as those bonds are broken, my writing is able to stretch further than I thought possible.


What about you? Is there someone in your life you can’t forgive? If Jesus could defer the responsibility, you can too. “Father, forgive …. “ 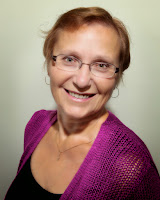 Bobbi Junior’s passion is to use story to show how God brings value for our suffering. Through memoir, Bobbi explores caregiving, grief, disability, and other life experiences, told with an honest sharing of mistakes made and victories won. Visit Bobbi’s blog to download samples of her award winning publications. www.bobbijunior.com