It's All About Connections by Steph Beth Nickel 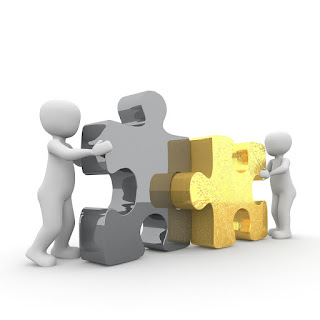 It all began well over a decade ago …

Actually, it began long before that, but I won’t go back that far.

Connecting with Other Writers

Ruth Waring spoke to the ladies’ group at my church. Because authenticity marks her writing and speaking, I felt a connection and sought her out after the meeting.

She asked me where one could connect with a writers’ group in Southwestern Ontario. And the rest, as they say, is history.

We didn’t form Women Writing for Christ (WWC) until several years later. From time to time, I would  email Ruth and see if she’d found a group to join. Eventually, four of us began to gather at
Ruth’s home once a month to learn the craft of writing.

That first year, we took the plunge and went to Write Canada … wearing matching t-shirts no less. Hey, we were green—very, very green.

It would be years before I went to the conference a second time, but when I did, it was like going home. Same venue. Familiar faces. And that incredible feeling that envelopes me when I hang out with other writers and industry pros.

And it was my connection to Write Canada that led to some amazing and unexpected opportunities, opportunities God had planned for me all along.

There I met Ron Hughes. (We were in the same continuing class.) Because of his “radio voice,” I told him if I ever turned a children’s book into an audiobook, I would hire him to narrate it. And thus began a friendship that led to my involvement in the podcast HopeStreamRadio.

I don’t imagine Ron expected me to jump into the ministry with both feet when he called to see if I knew anyone who might like to get involved. Since he approached me in 2014, I have written hundreds of devotionals and also some book reviews that have “aired” on the daily program.

It blows me away to think that words I write are being heard around the globe and that the Lord just may be using them for His eternal purposes. Mind-boggling!

Did I gather around Ruth Waring’s table thinking that one day I would be writing for an international podcast? Definitely not. After all, the podcasting patent was first issued in 2009. (Thank you, Wikipedia.)

Did I chat with Ruth after our initial meeting with the thought that she would introduce me to Deb Willows, the Paralympian whose award-winning memoir I co-wrote? It never even entered my mind—and still leaves me shaking my head.

And then there is the connection I made at Write Canada with members of InScribe. This connection led to working on the 7 Habits anthology as well as moderating the professional blog and writing regularly for it and this blog … not to mention making some amazing friends.

And on and on it goes.

How about you? Have you taken baby steps into the world of writing only to discover surprising opportunities? Are you an experienced writer who is set on a specific course? While focus is important, I encourage you to keep your eyes and ears open. Your path, like mine, may take you somewhere you never imagined you’d go.