Fill Me … Spill Me … by Jocelyn Faire 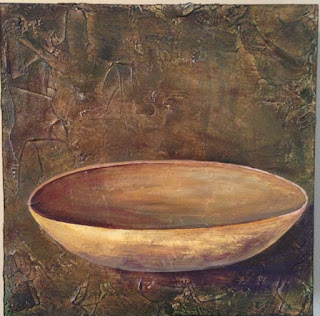 “Would it be possible for us to meet for lunch?” Her voice quavered as she fought back tears. She had come to the book reception because she knew the other author, but she came to speak to me.
“Yes,” I said, recognizing the desperation.
We met that week, and have met regularly since then. When I spoke of feeling as though I was living outside of my body in the journey of grief, she felt a connection. She was walking a living grief. Her son had been diagnosed at age nine with a severe mental illness, the youngest in the province. The changes began when he was only eight. Initially, when she took him to the doctor, the doctor asked her what she thought; she feared he had brain cancer or a mental illness. She expressed that brain cancer might have been the better diagnosis. Now she felt as though she was viewing her life from outside of herself, it was the only way she coped. My words were a lifeline tossed.

The gifts of grief ... can there be such a thing as gifts of grief?
When the time's ripe, I answer you. When victory's due, I help you. I form you and use you to reconnect the people to me. Isaiah 49:8 The Message
I have had opportunities that would never have been possible in my previous life. My prayer has been that God bring the people into my life that I should cross paths with. And He has continuously answered that. After publishing my book, grieving individuals have spoken to me and thanked me for writing so openly about the grief experience.
In July 2013, I received a message via my author Facebook account:
Hi Jocelyn,
My name is Judy H and I live in Adelaide, South Australia. I just read a post on Facebook put on by Fresh Start about your book. I went to the site about your book and the circumstances of our lives are so similar that I felt I needed to write to you. I will try to get a copy of your book (I read the bits that were on the site).

I work for Fresh Start in Adelaide as Outcare Worker (SA). This in itself is ironic. I am a Christian. In April 2007 my son Josh and his wife Raya were killed in a car accident on Highway 17 (I think it was) near Dreyden (not sure how to spell it) Ontario. Raya was Canadian and Josh Australian. They had been living in Calgary and were moving to Quebec, but died half way across. All their furniture was in a truck in Toronto. We flew to Calgary to attend their funerals and to bring back Josh's possessions.

I really identify with some of your journey that I have read so far. My most helpful books were "A Grace Disguised" by Jerry Sitser and "When God doesn't make sense" by James Dobson.

The similarities that we have propel me to write this message to you. Just wondering if you would be interested in corresponding over facebook at all.
Meanwhile, I will try to get your book.
Sincerely ...
Judy H ...
This letter started an international friendship ... we have met both in Canada and in Australia. God has opened many doors along the grief journey for many chance encounters, ones that would not have been possible in my former life. 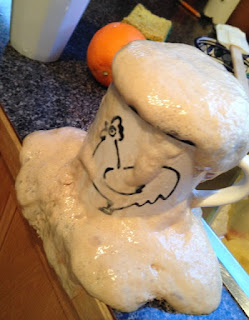 I would appreciate your prayers for June 3, and 4. I have been asked to run a grief workshop. I have been given free reign over the topics and the format. This is an incredible opportunity, and I have prayed for the right words to be spoken through me.
Last year for my birthday, a very dear friend gave me the painting seen at the top of the blog. The simple painting has a powerful message. We are vessels, to be filled and then spilled out into the opportunities given us.
Fill me, Spill me ...


She blogs about Hope in the hard places at: http://whoistalking.wordpress.com

Email ThisBlogThis!Share to TwitterShare to FacebookShare to Pinterest
Labels: fill me spill me