I praise you because I am fearfully and wonderfully made; your works are wonderful, I know that full well. Psalm: 139:14.

My name was always a good yelling name when my mom wanted me to come into the house. Respond to the first Katy Martha. She definitely meant business when she added on the Gerke. “KATIE MARTHA GERKE GET IN THE HOUSE RIGHT NOW!”.

I love my last name. People found it difficult to pronounce and spell. Gerk, Jerk, Jerky. You can call me Kate or Katie but never Cathy. I grew up with several nicknames: Katie turkey or Perky dog food. My friend’s father always greeted me I "K-K-K-Katy, beautiful Katie standing by the kitchen door". 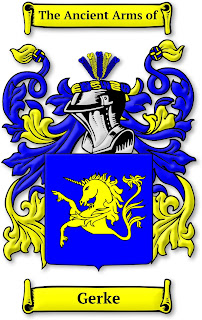 Here are some excerpts from my testimony, “Surmounted and Absorbed”, where I was that emerging nation. My narrative describes the rise and fall of who I thought I was to the rejuvenation of who Katie Martha Gerke was meant to be in Christ. I fashioned my narrative around the lifespan of a building’s worth. 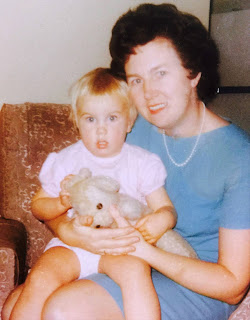 I grew up in a non-Christian home with a mother who struggled with alcoholism. As a result, I had no solid foundation, firm supports, trustworthy materials, or a readable blueprint of what “Katie Martha Gerke” (KMG) was supposed to start to look like.

“Pride Incorporated” (PI) was founded in 1988 by Me, Myself, and I. PI was essential in helping Myself,  to build KMG the way I needed to. That being, to sever some relationships and to make a “difference in the world”. And that’s exactly what I did. I signed a three-year contract working as an x-ray technician in the Middle East. I enjoyed the camaraderie of the many nationalities working within the gold-trimmed hospital. It was an exotic and adventurous time.

When I returned home in June 1992, I was handed a lifetime contract, when positively diagnosed with MS. I wandered through Calgary where KMG barely had enough support and financial resources to continue standing on My own two feet. PI was finding it difficult to maintain balance, focus, and cope with unpredictable emotional and physical structural deterioration. I needed new drafting tools and a blank slate to sketch out what KMG was supposed to look like now. Talk about writer’s block!

The Devil’s Demolition Derelicts (DDD), whose sole mission was to wreak havoc and ultimately destroy KMG, successfully crossed over the property line and the explosive devices that were laid in and around me, that I denied so many years, finally triggered, collapsing the edifice that I'd lovingly built into a cloud of fine dust that was blown away by an ill wind. My grief and loneliness led me to the final desperate act of attempting suicide.

Days later, once home from the hospital, while unpacking my possessions, I found a stuffed white bear with a pink heart on its chest emblazoned with the words:

I embraced that teddy bear and the Message ever so tightly. Two months later I was baptized, and “Pride Inc.” was liquidated and absorbed by a much larger conglomeration of new architects. The proprietors being the Father, Son, and Holy Spirit, declared that “Rome wasn’t built in a day”.

I soon experienced a feeling of tremendous peace. I knew Jesus Christ would take my slates, wipe them clean of my transgressions, and begin to rewrite the plans that were meant for me from the beginning.

Those who are victorious will inherit all this, and I will be their God and they will be my children.  Revelation 21:7 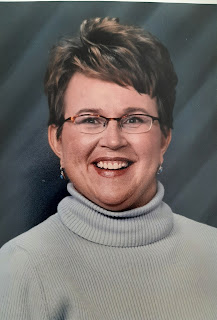 Katie Gerke was diagnosed with multiple sclerosis in 1989 and ever since, significant work continues to be done in and through her regardless of the loss of ability from the neck down. Her inability to use both arms has blessed her with the ability to creatively express herself orally through painting and writing. Katie's website is oralart.ca