"Did the Nurse Tell You My Name?" by Sharon Heagy 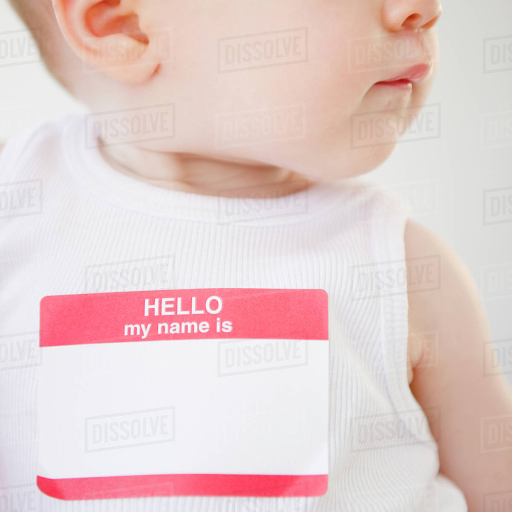 “Did the nurse tell you my name?” I asked this question at the dinner table when I was young and it brought milk snorting chuckles from my siblings and amused smiles from my parents.  Though I had never considered how the nurse would know, in my mind every child was born with a name.

It was then that I learned my parents had chosen a name for me. I’m not sure what the thought process was in their decision making. Perhaps after giving names to five other children before me these two names popped up and they thought ‘these will do’. I do know, because of a mistake, my middle name became Leah instead of Leigh.  My Dad had misspelled my middle name on the registration and so I was named Sharon Leah.

Sharon means a fertile plain. Leah’s meaning depends on which origin you use, the most common from Hebrew meaning ‘weary’, the oddest, from another root, meaning cow.  Does that mean I’m just a weary cow chewing my cud on the plain? Perhaps not such a bad thing. Laying in the sun, contentedly chewing away. On a stress filled day it might be most welcome.

The mother of a friend of mine called me Heather. She said I didn’t look like a Sharon and she wouldn’t remember that name so she decided to call me Heather. I thought that was weird but I was a kid who didn’t generally talk back to adults so Heather I was.

My own Mom passed away in 2001 and much of the memory of the sound of her voice has faded away but I can still hear her calling my name. It echoes from the mists of memory. My Mom on the front step, calling me home for supper. Her voice landing on my ear no matter where I was on the block and above all the other moms’ voices who were beckoning their own kids home.  I can hear the hardness of the S and H when she was angry with me and the sigh of an ‘Oh, Sharon’ when she was disappointed. Just before she passed away she couldn’t speak or rather she ‘spoke’ but no sound passed her lips due to a stroke.  I often wish we would have had someone in the room who could read lips so we would know what she was trying to tell us in her final hours.

I’ve always thought a person’s name and their preference for what they want to be called matters a great deal. We should have respect for their moniker and not shorten or change their name to suit ourselves. And especially not change their name entirely, to say, Heather. (It’s a lovely name, so much softer sounding than my own but it is not mine.)

When our three boys were born, they were each given a middle name that reflected the family history on the Heagy side. Since my husband has 3 sisters our boys are the only ones who will carry the last name from his Dad’s lineage. It seemed an important thing for us to do. However, there are times when names like that can cause confusion. For instance, we know of a family where there are three generations of males named John and as a result, senior, junior and little were tacked onto their names to differentiate between the three. In my own family my Dad and eldest brother were both named Ronald and so senior and junior were quite often used for clarity.

Names are fascinating as are their origins. If we think it is challenging for us to name our children imagine when God honoured Adam with the task of naming all the birds and animals. It makes me wonder if he was running low on creative juices when he named the platypus. It is conceivable that the word ‘platypus’ was just gibberish.  I envision him rubbing his chin with his hand, weary and a little brain fogged, staring at the creature and saying, “Let’s see…. duck billed…. Platypus.” Then he and God had a good chuckle and kept the name in remembrance.

Whatever our names, whatever their origin, our hope is that they will all be found written in the ‘Lamb’s Book of Life’. Us, our children, our grandchildren…all. May we look forward to that day when we will be struck with awe and wonder as we hear our name spoken with love by the Lamb himself.