Manfred Mann's Earthband: "Be Not Too Hard" 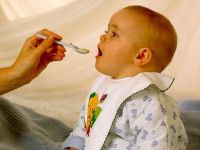 Manfred Mann became famous in the sixties for his pop songs but during the seventies, he produced some wonderful space-rock albums. They weren't widely accepted by the public but dedicated fans like me bought them.

Listen to one of those tunes here:

One sin I slip into at times is being angry at sinners. They can't help being the way they are because of what Paul wrote in Ephesians 2:1 and 2 (Bible in Basic English) about why we're saved. "And to you did he give life, when you were dead through your wrongdoing and sins, In which you were living in the past, after the ways of this present world, doing the pleasure of the lord of the power of the air, the spirit who is now working in those who go against the purpose of God;"

Now some folks might say that we have the light of our consciences to guide us. Romans 2:14 and 15 )BBE) does say, "For when the Gentiles without the law have a natural desire to do the things in the law, they are a law to themselves; Because the work of the law is seen in their hearts, their sense of right and wrong giving witness to it, while their minds are at one time judging them and at another giving them approval;"

But Paul also wrote in 1 Timothy 4:1 and 2 (BBE) that people can desensitize their moral and spiritual cumpas'. "But the Spirit says clearly that in later times some will be turned away from the faith, giving their minds to spirits of deceit, and the teachings of evil spirits, Through the false ways of men whose words are untrue, whose hearts are burned as with a heated iron;"

If Christ's return hasn't happened by Saturday, I hope to post about never surrendering when trials strike.