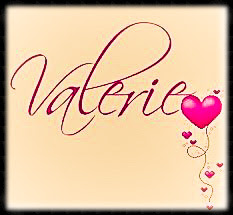 Today is my naming day as I write this – April 14th, the day I was born. On a fresh spring morning I was placed in my father’s arms, a wee redheaded girl arriving after two sons. He named me Valerie, a name he liked in a book he had read, and Evelyn, after my grandmother.

When I was young I loved to hear the stories surrounding my birth. Shortly before my mother was due to have me, my father, a sailor with the Royal Canadian Navy, received orders to report to his ship for a four-month voyage. Out of consideration for my mother, he chose to wait until after I was safely delivered to tell her he would be leaving soon. She was a seasoned sailor’s wife, used to his frequent absences, however, with two small boys and a new baby to care for alone, she felt overwhelmed. She recalls waking up in the morning to a neighbor and her two daughters waiting in the kitchen with a hot breakfast and willing hands to help. They got her through those months before my father returned.

In elementary school I decided to change my name. I thought that Val, which I was called most often, sounded blunt and masculine. I wanted to go by my second name, Evelyn, or better yet, Eve ˗˗ more feminine, romantic names. My mother quashed the idea immediately. Your father chose a perfectly fine name for you, and that’s that, she informed me. Now that I have lived quite a few decades with this name, I must agree with her. I don’t know if my father researched the meaning of the name he chose, but I do believe God knew the name I needed in order to face life’s challenges. I have grown into my name.

The name Valerie has its origins in ancient Rome, feminine of the family clan name Valerius. As an English name it means valiant, strong, brave, fierce. It’s Christian connotation denotes spiritual purpose. Years ago I would have argued that I had been misnamed, if the meaning was meant to be indicative of my character. As a child I often felt inadequate, on the outside looking in at others who seemed more capable, smarter and better liked. I definitely would not have described myself as valiant, strong or brave. When I married, my perceived weaknesses were exaggerated and used by my husband to achieve his own selfish purposes. Years of emotional abuse left me with little sense of self-worth or dignity.

I am so thankful that my God saw value in a devalued woman. He stirred my soul to seek after Him, to discover who I am in His eyes. I kept these verses from His Word, and many others, close by to remind myself of how He saw me.

Gradually the qualities ascribed to my name began to rise up within me, revealed by God when I needed them most. He imbued me with fierce bravery as I fought to escape from an abusive marriage. When cancer stalked my body, He helped me face the life-threatening disease with valor, relying on His strength to emerge a survivor. My name’s connotation of having spiritual purpose was realized as I absorbed the deep lessons God taught me in the valley of my troubles. My spiritual purpose is to convey the truth of who He is to others through the gifts He has given me.

And my second name? Evelyn means to live; to breathe, derived from Eve, the first woman God created. When the apostle Paul gave his well-known discourse to the people of Athens, he said, “God gives us the power to live, to move, and to be who we are.” (Acts 17:28)

I want to live, to move, and to be who I am valiantly, strongly and fiercely, growing into the names God gave me before I was born. 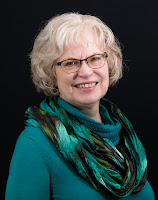 Valerie's devotionals can be read on her blog https://scriptordeus.wordpress.com