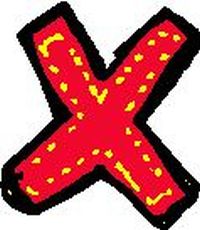 I cringe when I think of my class essays and other writing attempts from childhood. English was never my best subject. My test papers came back filled with red Xs and no explanations. What a help a tutor would have been if I had one.

Decades later, I still was a poor speller and my letters were filled with the sort of sentences which drive English teachers mad. But Thanks to WordPerfect 5.1 for DOS and its spell checker, I began learning why my spelling tests looked like somebody's whipped back.

And being almost blind, I either had books and magazines sent to me in audio form. Therefore my punctuation had many errors. Semicolons were the hardest for me to fathom. Therefore, I avoided them as well as colons in my writing.

So what saved my writing? Thanks to my book editors and punctuation teachers, I know how to properly punctuate and I now know where to put paragraph breaks. I'm not perfect yet but at least my first drafts are better than my finished articles and essays.

I also learned that it's hard to write a short article or letter. I have to laugh at Hebrews 13:22 (Bible in Basic English) which reads, "But, brothers, take kindly the words which I have said for your profit; for I have not sent you a long letter." Imagine if the writer had sent a long letter. 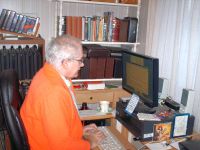 And thanks to the Holy Spirit, we have many encouraging letters from Christ's apostles. Even letters of rebuke helped straighten out problems, bringing eventual joy to the churches. As 2 Corinthians 7:8 (BBE) explains, "For though my letter gave you pain, I have no regret for it now, though I had before; for I see that the letter gave you pain, but only for a time."

How wonderful it is then that God works through us to spread encouragement as well as righteous chastisement. Like James 3:2 (BBE) says of teachers, "For we all go wrong in a number of things. If a man never makes a slip in his talk, then he is a complete man and able to keep all his body in control."