Where He Leads Me, I Will Follow by Marcia Lee Laycock 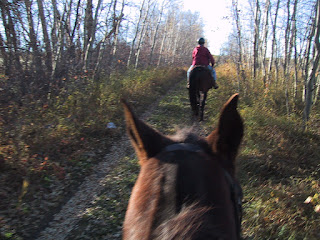 “That I may publish with the voice of thanksgiving and tell of all thy wondrous works” (Psalm 26:7 KJV). Ask any Christian author and I’m sure they’d tell you that’s what writing is all about.

I came to Christ relatively late in life and I came to the realization that I could write for God’s kingdom late in life too. I had always written from the time I was quite young and I received a lot of praise for my writing as I went through high school and then on to study journalism at university. But my writing, like my life, had no purpose or direction. I quickly became dissatisfied with university and ended up running away to the Yukon where I survived my first winter by sitting by my woodstove, which I had to keep roaring continually to ward off the -60 below weather, and writing my first novel, a fantasy about talking ravens. (Thank goodness that one has never been published!).

It was there that I met my husband and became a believer in Christ. Within three years of our conversion, God scooped us up and deposited us in the middle of the Saskatchewan prairie at a place called Briercrest Bible College. It was there that I realized God not only had a plan for my life, He had a plan to put the gifts he had given me to work for His kingdom and his glory.

We had sold our home in the Yukon to pay for the schooling, but by the end of that time we were out of money. So when a friend asked me to accompany her to a seminar with Carol Kent called Speak up with Confidence, I said no. I had no intention of ever becoming a public speaker (little did I know what God had in mind!) and I couldn’t afford the registration fee. But my friend was insistent and offered to pay my way so in the end I said yes. I think God had a plan.

It was during that seminar that the proverbial light bulb lit up in my mind, heart and soul, and the burning desire to write was ignited once again as I realized I could now write and “tell of all his wondrous works.” We had seen God do some amazing things in the few short years we’d been believers and I couldn’t wait to put it all down on paper.

But I had no idea how to go about it. Then my husband took over as senior pastor of a good-sized church. He met with the previous pastor and he gave Spence a long list of all the things for which he would now be responsible. Just as they were about to part ways, Pastor Don said, “Oh and by the way, you have to write a weekly column for the newspaper and it’s due tomorrow morning. Spence came home feeling overwhelmed with it all and asked if I could write the article. So I sat down and wrote my first devotional and that was the beginning of almost twenty years of writing a faith column for two local papers. Those articles became my first devotional book, then I published a few short stories and articles, and well, to use a cliché, the rest is history. God had a plan. His plan is all about broadcasting His love and mercy and the reality of His glory to a world that desperately needs that good news.

I believe He led me to that college, to that seminar, to that town, to that editor and to an organization called Alberta Christian Writers’ Fellowship (now InScribe), which helped to train me to do the job He wanted me to do.

If there is one thing I’ve learned as a writer struggling to get my books out to people who need them, it’s that - God does have a plan and leads us into it so that we “may publish with the voice of thanksgiving, and tell of all thy wondrous works” (Psalm 26:7 KJV).
****

Marcia still lives with her husband in central Alberta. She still writes devotionals and they are sent out regularly by email. To subscribe, click this link
Visit Marcia's website