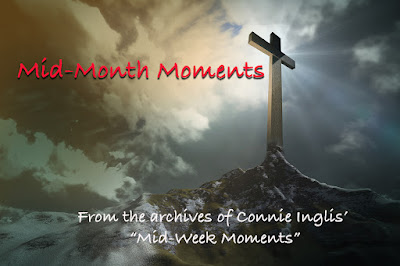 I am FULL of inspiration after returning from a trip, so please excuse me if I make references to the landscape or the art/architecture of Florence, Italy area or The Netherlands. I simply can't help myself!

Have you ever wanted to be a tronie? I'd never heard the word "tronie" (literally meaning "face" in Old Dutch) until visiting the Netherlands - a term specifically referenced in connection with art of the Dutch Golden Age. Wikipedia states that the term "tronie" is, "typically restricted to figures not intended to depict an identifiable person, so it is a form of genre painting in a portrait format. Typically a painted head or bust only, if concentrating on the facial expression, but often half-length when featured in an exotic costume, tronies might be based on studies from life or use the features of actual sitters."

I saw many tronies while visiting the museums in Amsterdam--by Rembrandt, Frans Hals, Lievens. Perhaps one of the most famous tronies is Johannes Vermeer's Girl with a Pearl Earring (if you're interested in further study). Typically characteristic of a tronie is the anonymity of the subject. The piece of artwork showcases the ability of the artist to depict emotion or personality, while leaving the subject anonymous. The focus is on the artist's handiwork and ability to portray something deeper.

So, while walking the halls of the Rijksmuseum, I began pondering the spiritual application of tronies. Firstly, if a famous artist like Rembrandt painted me today, or if he painted you, what character trait would be revealed? Would it be a general emotion like surprise or laughter or puzzlement? Or would it reveal something deeper like joy or sorrow, peace or angst, inward beauty or bitterness? For me, I'd hope it would be a positive trait, not a negative one. Wouldn't we all?

That got me thinking about how the world sees us as believers as we touch lives every day. Do they see the character of Jesus in us? If they could paint us, what character trait would come through? Not only that, and more importantly, do they see the handiwork of God in our lives? So that we become anonymous "tronies", and God, the Creator of us as His handiwork, is exalted and glorified in us as His creation?

John the Baptist's words in John 3:29,30 reveal his desire (his JOYFUL desire) to become an anonymous servant of Jesus: "The bride belongs to the bridegroom. The friend who attends the bridegroom waits and listens for him, and is full of joy when he hears the bridegroom’s voice. That joy is mine, and it is now complete. 30 He must become greater; I must become less.”

And the familiar verses of Eph. 2:8-10 reveal God's intent for our lives:

For it is by grace you have been saved, through faith—and this is not from yourselves, it is the gift of God— 9 not by works, so that no one can boast. 10 For we are God’s HANDIWORK [emphasis mine], created in Christ Jesus to do good works, which God prepared in advance for us to do.

My prayer for us this week, is that Jesus becomes greater in our lives and that we humble ourselves and strive to reveal only Him in all we say and do. And, as well, that we become "tronies," revealing all and only God's beauty and wonder and glory. For He alone is worthy!

Mid-Month Moments are past devotionals written by Connie Inglis that she shared each week when she was InScribe's spiritual advisor. (Originally called 'Mid-Week Moments') They are shared from her archives with permission in the middle of each month.