My Friend, My Saviour: Mary of Bethany - Ruth L. Snyder 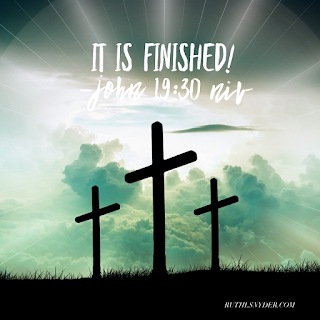 My name is Mary. You may know me as the sister of Lazarus and Martha.

I heard many rumours about Jesus, the carpenter's son from Galilee—the stories he told, how he stood up to the Pharisees, and how he healed people. But I didn't meet him in person until my brother invited him to our place for dinner.

I sat at Jesus' feet and listened. I wanted to find out who this Jesus really was. Martha didn't appreciate my choice. She thought I should help with the meal preparation. But that's another story.

After that first visit, Jesus visited many times. I loved to hear his stories. Jesus' love and patience amazed me. Jesus called me his friend!

One day Lazarus became sick. No matter what Martha and I did, his condition worsened. We sent an urgent message to Jesus, "Lord, the one you love is sick," (John 11:3). I thought he'd come right away. But he didn't.

I wept. For four long days.

Then Jesus came. And he wept.

I thought he was too late.

But he wasn't; Jesus raised my brother from the dead. What power! Many of my Jewish friends and I understood he was the Messiah, the Promised One. I couldn't wait for the day he took the throne and put the Romans in their place.

Then, I heard more rumours. The Sanhedrin was plotting to kill Jesus. How could this be? Didn't they understand who Jesus was?

Six days before Passover, Jesus came to visit. We honoured him with a dinner. I wanted everyone to know that Jesus was worthy of the highest honour, so I opened my precious bottle of nard perfume and poured it all over Jesus' feet. Then I wiped his feet. With my hair.

My actions outraged one of his disciples. Jesus told Judas to leave me alone. "It was intended that Mary should save this perfume for the day of my burial. You will always have the poor among you, but you will not always have me (John 12:7-8).

I pondered. What did Jesus mean? He would be King. Wouldn't he? Why was he talking about burial?

The next day, Lazarus, Martha, and I hiked to Jerusalem to celebrate the Passover. We were in the crowd that welcomed Jesus as he rode into Jerusalem on a donkey. Palm branches waving. Cloaks on the road. Shouting. Celebrating our King! It was happening. Finally! We would be free.

The disciples invited us to share their evening meal with them. After the meal was over, Jesus stood and washed our feet. Then he became troubled. He told us one disciple would betray him. He said he would only be with us a little while longer. Jesus shared many things I didn't understand.

What did this all mean? If he was our Messiah, why would he go away without becoming King?

The next day, I heard the chief priests and Pharisees had arrested Jesus. Some said the leaders paid people to give false testimony. Surely everyone would see through the scam?

I asked where Jesus was. Jerusalem was in an uproar. Finally, someone said Pilate was rendering a verdict. I shoved my way through the crowds. Running. Frantic for information.

"Here is your king." It was Pilate. He understood!

"Take him away! Take him away! Crucify him!" I gasped. What were these people thinking? Were they going to crucify their king? My friend? The Messiah?

The crowd parted. Soldiers came, dragging Jesus. I hardly recognized him. Thorns. Wounds. Blood. He struggled to walk under the weight of a rugged cross. My heart broke. This couldn't be happening.

I followed the crowd. Where were they taking him?

We trudged step by step to Golgotha. Pounding. Nails. Blood. I watched in horror. Soldiers crucified my friend between two criminals.

Jesus was innocent. Didn't the crowd understand Jesus was our king? It seemed like Pilate was the only one who got it right. He prepared a sign reading, "Jesus of Nazareth, the king of the Jews," which the soldiers fastened to the cross.

I wept. Jesus raised my brother. He was powerful. Why didn't he save himself? The tears wouldn't stop.

I heard Jesus say, "It is finished."

Nothing made sense anymore. My hope died.

The first day of the week, Mary Magdalene invited me and some of her friends to go to the tomb early in the morning with spices. That was the least I could do to show respect for my friend.

We arrived at the tomb; it was open. Empty! We ran and told Simon Peter and the other disciples.

What could this mean? Where was his body?

Later that day, Mary Magdalene told me she had seen Jesus. He told her to tell us that he was returning to our God.

Could it be? Was he alive?

That evening, Lazarus, Martha, and I joined the disciples. We met in a room. Door locked. There were rumours. Soldiers said the disciples stole Jesus' body. We were afraid.

He showed his hands and his feet. Then he instructed us to share his message with others.

It was really him. Jesus was alive!

I remembered what he taught us. He told us he was the Lamb of God. He said he came as the ultimate sacrifice for sins. My sins? Then I understood. I believed. Jesus forgave me.

He is more than my friend. He is my Saviour.