Hell: How I Got Here by Bruce Atchison

If only I had listened to the Christ! If only I had understood the opportunity I had. But I didn't and here I am in this horrid place. What a FOOL I was! 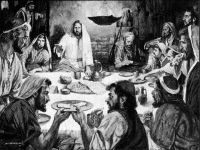 When Jesus of Nazareth came to Jerusalem, I knew I must join him. This Galilean was more than a mere rabble rouser. There was something different about him and his "Kingdom of Heaven" speeches. I felt he would really be our Messiah, the one to kick out the oppressive Romans and make Israel great again.

And unlike Theudas and other rebels, this Jesus did mighty miracles. I saw with my own eyes how the blind were given sight instantly. There was none of that fakery like the phony healers and the quacks practice. People actually were healed of incurable illnesses like leprosy. He even raised people who were stone-cold dead.

Then this rabbi sent us out, two by two, to proclaim his Kingdom. I didn't really know what it was all about but I repeated the words of the master like I was told to do.

I also was able to cast out demons like my partner and the other disciples. When we returned and told Jesus that even the demons obeyed us, he said our names were written in heaven. I thought he'd congratulate us but he just gave us a platitude. Was that all we could expect from he who could have liberated Israel? 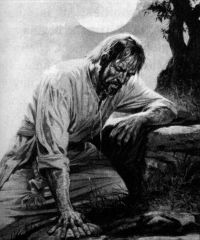 Then Jesus slipped into a funk. He kept saying he was going to Jerusalem to suffer and die? How could that be? He was our only hope to kick those foreigners out of our land and free us from their pagan ways forever. I started asking myself why I was hanging around this contradictory leader.

Then, as some of you folks say, the last straw happened. Jesus let an immoral woman pour expensive perfume all over his feet. That alabaster box of spikenard could have been sold for a a year's wages. I said it should have been given to the poor but I wanted my share of all that money. After all, I had the cash bag and none of those empty-headed followers suspected that I took what I wanted from it. I had to live too, you know.

That's when the Devil himself entered me. I really didn't feel like myself as I went to the Pharisees and cut a deal. It was like being in a bad dream. I supposed I could have gotten more money for showing them where the Christ would be alone. But a deal is a deal and I wanted nothing more from my former master. 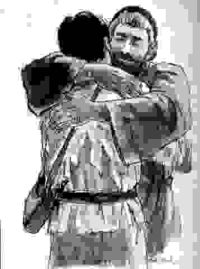 Well, you know the rest. Jesus was arrested and tried. The whole time, he made no protest. I began to have second thoughts as the crowds insisted that Pilate crucify him.

Satan left me after I betrayed the Lord and my conscience tortured me. I took the money back to the Pharisees but they wouldn't take it. So I threw it into the temple and left.

My conscience screamed at me as I walked the streets. The only way I knew to rid myself of that guilt was to hang myself. I found a tree with a limb growing over a cliff and made a noose of my tunic.

Suddenly, my guts fell out and I was in extreme agony. It felt much worse than my nagging conscience.

But that pain was nothing compared to the agony I now am in. No words can express the utter despair I feel and the relentless shrieking of my conscience. I knew the gospel and had been with the Son of God and yet I threw it all away for thirty pieces of silver. What an idiot I was!