I Saw Him Dead—The Centurion by Alan Anderson 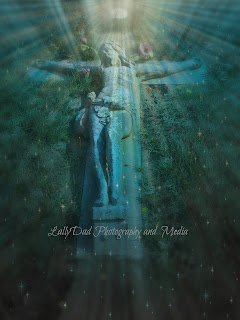 “Now the centurion, and they that were with him watching Jesus, when they saw the earthquake, and the things that were done, feared exceedingly, saying, Truly this was the Son of God.”—Matt. 27: 54 English Revised Version.

Please allow me to discuss with you a few of my thoughts about Christ’s crucifixion. I must ask you to not mention this to any other soldiers. They would not be pleased with me.

I’ve been a Roman soldier for a number of years and more than I can remember. As a Centurion I have men I am responsible for and who are to obey my commands. These men know better than to disobey me.

There are parts of my work I do not like. I hate crucifixions the most. I’ve seen men and women being crucified. I have witnessed them lingering before they died. Crucifixion is a brutal way to die. Roman law deems it for some people therefore we carry it out. My men would rather crucify someone than disobey Roman commands. They would suffer themselves at the hands of the state if they disobeyed.

I have to say the crucifixion that bothered me most was that of Jesus Christ. I was there when this man was arrested. I even saw Him heal someone. At the time we arrested Jesus one of the men with Him sliced off the ear of one of my men with his sword. Just as I pulled my sword out of its sheath Jesus stepped forward. He placed his hand over the man’s bloody ear and healed it. Now, that I will never forget.

Jewish priests and members of the Sanhedrin made a huge fuss over Jesus when He was brought to trial. They acted as if He was the vilest criminal they had ever laid eyes on. They don’t shut up until they have a chance to make their terms known. They were determined to have Jesus punished.

My men and I agreed Jesus didn’t seem threatening at all to us. He didn’t scream or yell back when charges were made against Him. He stood there kind of like a sheep waiting to be slaughtered.

As you know, Jesus was sentenced to death by crucifixion. People even cried out to have Him executed. I didn’t know religious people can be so cold and heartless until those Jewish leaders witnessed His punishment. Some even had smiles on their faces.

I remember His face most of all. As He hung on His cross Jesus looked right at me. It felt like He could see into my soul. I wanted to look away from Him but I just couldn’t. Jesus died. I was there when a few of His friends took His body down from the cross. I saw Him dead.

I also witnessed that one morning after His burial it was discovered His body was missing. There is no way His body had been stolen. He had come back from the dead. I couldn’t believe it at first but there was no other explanation.

To have a Man so brutalized, betrayed and killed, come back from the dead, staggers my mind and changed my life. For something like this to happen shook my conscience just like the earthquake shook my world. I realize now I have been a walking dead man. 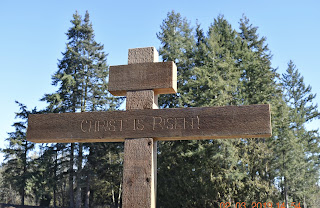 Through His resurrection Jesus paved the way for my resurrected life as well. He truly is the Son of God. He has given me a peace I’ve never known. This peace is strange to me yet it is real.

There is an urge within me to inform other people Jesus came back to life. Perhaps I’ll find opportunities to tell my soldiers and officer colleagues about what I witnessed. He has risen! Indeed He is risen!