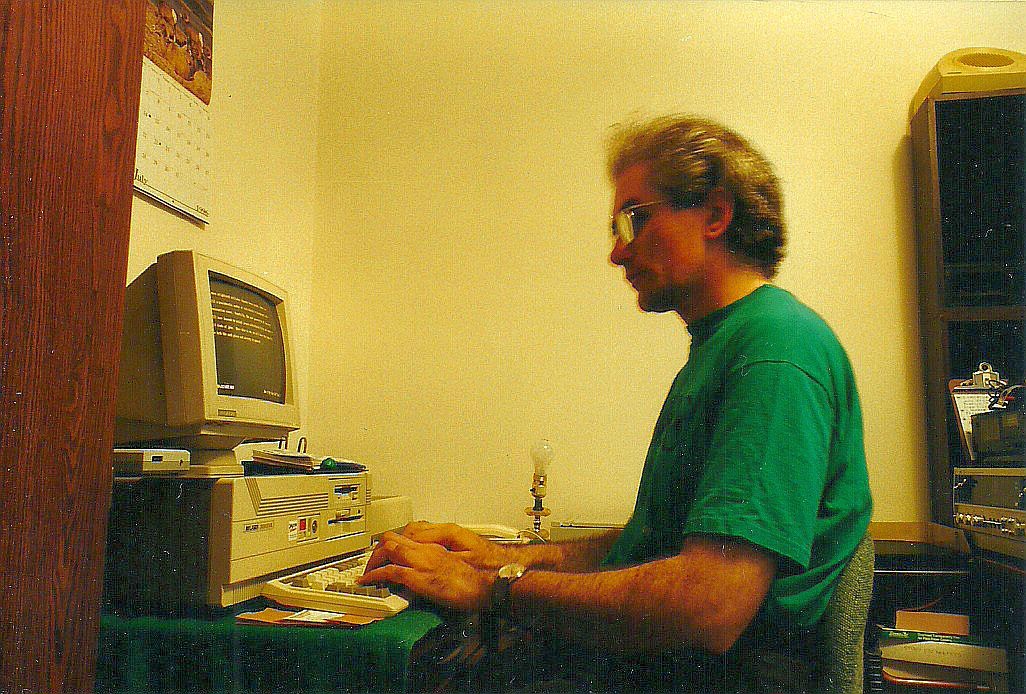 Have you ever noticed that purchasing something new, or even second hand, can stir your creativity? At the risk of sounding like a materialist, I've found that having some sort of new technology is one way of firing up one's creative imagination.

June, 1993 was when I finally had access to a real computer. I bought a Vic-20 in 1984 but I'd hardly call that a computer when compared to the IBM clone. By today's standards, it was primitive. The PC only had 100 MB of hard disk space and 2 MB of memory. It couldn't even run Windows 3.1 because that program required a minimum of 4 MB of memory.

Also, a friend gave me an amber monochrome monitor and I bought a dot matrix printer from another friend. Even so, it was a huge leap from writing by hand. WordPerfect 5.1 for DOS allowed me the ease of cutting and pasting text as well as correcting it with the spell checker. Additionally, I wrote my first three memoirs with that word processor program.

My first digital camera was likewise a boon. Though I had a good quality 35mm camera, I had to wait to get the film developed before I could see if the photo was good or if my thumb got in the way. With a digital camera, it's easy to load the photo onto a computer and edit out boo-boos. Additionally, it's immediately obvious if the photo didn't quite work out.

Even better, cell phones have cameras which take photos and video. I've used mine to snap great photos which later appeared in my blog posts. As long as the battery is charged, I can even make notes to myself of great ideas I had while away from my PC.

Even my electronic music compositions were inspired by new equipment. It would take far too long to list the ways here but suffice it to say that whenever I bought a new keyboard, it inspired new music. Better still, I can edit it and burn CD-R copies of my albums. I've done that as well as designed the labels and tray cards.

The same process applies in the spiritual realm. When I learned about the heavenly Father's providence and true character, it gave me a much happier outlook on his role in my life. Far from being a disciplinarian who set impossible faith goals, he lovingly led me to accept my disability as his tool to sculpt me into the person he wants me to be. Because of this new understanding, I'm much happier than I was in that cultic house church. John 9:3 is now my life verse because I understand why I wasn't healed of my sight impairment.