My plot isn't as good as hers.  My characters aren't as interesting as his.  My descriptions don't leap off the page like his.  These little whispers crept around inside my head, telling me I was just a mediocre writer.  I didn't belong in this class, with these students who were clearly far more gifted than I was.  Why did I think I could write literary fiction?  They would all laugh at this story when I handed it in!

Finally, I stopped those whispers, telling myself that I am not in a comparative literature class but rather a creative writing class.  I know these students and they know me.  I can't write like Mallory or Vincent, but they can't write like I can either.  Each of us has stories to tell that only we can tell.  Each of us has unique life experiences, unique ways of looking at the world, unique relationships with other people, that affect our writing.  I need to tell the stories that God has given me to tell and not compare my stories to those He's given to other writers.

One of the first stories in the Bible is the story of a man comparing his work to that of his brother.  You probably know the story: "Some time later, Cain presented an offering to the LORD from the land’s crops while Abel presented his flock’s oldest offspring with their fat. The LORD looked favorably on Abel and his sacrifice but didn’t look favorably on Cain and his sacrifice. Cain became very angry and looked resentful" (Genesis 4:3-5 CEB).  Instead of looking at his own offering, Cain compared it to Abel's and grew angry.  Both had given to God from their talents; Cain worked the land, Abel worked with sheep.  For whatever reason, Abel's was more favourable to God than Cain's, but instead of seeking God's will about his work, Cain choose to get rid of the competition.

One of the things I love about Inscribe is the way we support each other.  Among us, there are published writers and others just starting out; there are novelists, playwrights, devotional writers, short story writers, journalists, poets, children's story writers.  We all have a place in God's plan, a story that He wants us to tell.  As a writer, I can learn from other writers, absorbing from them tips and techniques that will make my writing better, but I cannot compare myself to them.  And so I silence the voices in my head that tell me to stop writing, and I keep on because I know God has given me this desire to write and I must write the stories He's given me to write. 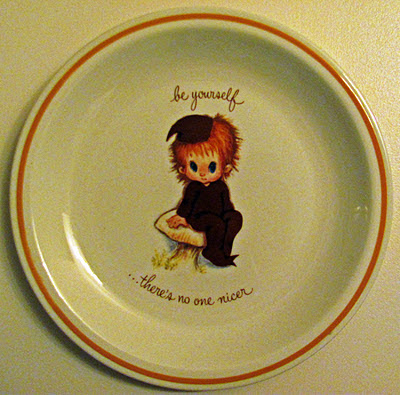 "If anyone thinks they are important when they aren’t, they’re fooling themselves.  Each person should test their own work and be happy with doing a good job and not compare themselves with others.  Each person will have to carry their own load." Galatians 6:3-5 CEB