Ponder, Print and Pass It On — Lynda Schultz 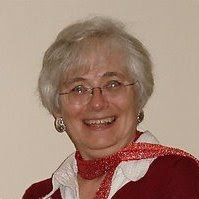 It's an obscure passage. Most people couldn't find Habakkuk in their Bibles if their lives depended on it. I'm not even sure how I ran across it though it could have been while I was hunting online for Christian wallpaper to use on the desktop of my computer. In any case, there it was, Habakkuk 2:2. It was an "aha" moment.

I've tried my hand at several genres but I always end up going back to the kind of writing that will never make me rich or famous—not that either of those is high on my priority list. The verse from Habakkuk summed things up rather nicely.

"Write down the revelation and make it plain on tablets so that a herald may run with it" (NIV).

Write the Word down, explain it so that people understand, and make it useable so that someone else can share it.

It's that simple and that complicated. I love the hunt, the research, the wrestling with ways to explain the meaning of Scripture. I look for the dots that need connecting, the "aha" moments when something I've read a hundred times finally comes to life as it has never lived for me before. I need to write it down, first of all for myself because I have such a poor memory, and then for others. Nothing gets me more excited than to share God's Word in a classroom with others. And there is no greater satisfaction than handing what I've learned to them in a sheaf of papers—their memories are probably just as short as mine. And maybe, just maybe, they'll pass on some of the knowledge they've gained to someone else.