Taking Your Stand by Janice Keats 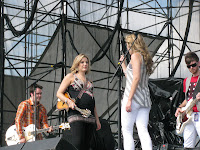 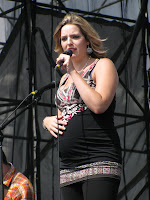 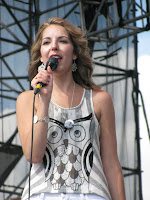 There’s something about how music draws a crowd of people, especially when a live band is performing in an outside venue. It happened to me recently. My husband and I were taking a leisurely stroll in a very popular downtown area and we happened to notice a lively band playing very good upbeat music. They were actually very entertaining which was the reason for the large crowd that was gathered.

It wasn’t long before it was revealed that they were a Christian family band. They consisted of fiddle players, singers, and tap dancers. It wasn’t until the leader of the group spoke about God’s love and plan of Salvation that the crowd began to disperse. In the two minutes it had taken to share a simple message, most of the crowd had already walked away. I saw them walk away one by one, then in clusters. The only people that remained were the people who were seated in the front section.

As I watched in complete amazement as to what was evidently taking place, I literally laughed aloud. This is so predictable, I thought. It seemed that the audience had no interest in hearing the Gospel message even though it was a brief two-minute talk between songs. Secular bands do the same, especially when they change instruments or make other adjustments and I have never seen a crowd walk away in large numbers.

My thoughts took me to the story of when Jesus was teaching in a Synagogue in Capernaum. Many of the disciples began to grumble among themselves saying, “This is a hard teaching. Who can accept it?” Consequently, many decided right there at that moment to discontinue in the journey with the Lord and turned back. Moments later, Jesus directed an important question to the twelve disciples, “You do not want to leave too, do you?” They didn’t leave. They assured Jesus of their dedication to Him as their Master. (John 6:60-69)

They believed in the Gospel message and willingly took their stand for Christ. Are you willing to stand in the gap and be noticed as a follower of Christ? Or, walk away and denounce Him? Was the Gospel message from the Christian band so difficult that the hearers could not accept it? Or, is the message foolishness to those who are perishing? (1 Corinthians 1:18a)
Could it be as Jesus had foretold in His word? “The god of this age has blinded the minds of unbelievers, so that they cannot see the light of the Gospel of the glory of Christ, who is the image of God.” (2 Corinthians 4:4) You see, there was no pretence to the two-minute talk. It was an evening of music and entertainment, which included God’s wondrous story. But the mere mention of the name of Jesus caused many to become uninterested.

“In all thy ways acknowledge Him and He shall direct your paths.” (Proverbs 3:6) Taking a stand for Christ enables the Christian to walk in faith. Jesus directed His faith to the Father saying, “I stand with the Father who sent me.” (John 8:16b) What crowd are you journeying with? The band continued with their performance and they weren’t dismayed that few remained. Their joy was evident!


Photos: My twin daughters, known as The Keats, performing at the Capital Hoedown in Ottawa in August.