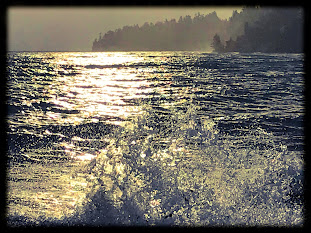 When my husband and I received a call from our son, inviting us to a party celebrating his engagement to his male partner, we didn’t think about ethics.

Ethics ˗˗ such a cold word for the personal dilemma we faced; one fraught with deep emotions of sorrow, loss of relationship and dashed hopes.

Scott’s lifestyle choice was already known to us. We grieved as we witnessed his downward spiral from a young man apparently eager to grow in his Christian faith, to a skeptic of all he had been taught and shown in our home. We could do little to bridge the ever-widening gap in our relationship with him as he spurned belief in Jesus Christ to openly embrace homosexuality. Not that we did not try. We assured him of our love, though we made clear we did not agree with his choice to go against God’s truth. We made sure he knew our home was always open to him as our cherished son, but he continued to distance himself.

Dealing with the decision of whether or not to attend Scott’s engagement party, we did what we always do when faced with difficult decisions ˗˗ we prayed for God’s guidance. Emotions had to be set aside so the process of moral decision-making, which is the practical application of ethics, could be applied.

Easier said than done. How could we deflect the deep parental responses gripping our hearts? And what about the possible emotional consequences of either choice, for Scott and ourselves?

Making the decision required us to primarily answer two ethical questions: “What should we do?” and “What should we be?” As Christians, the answer to those questions should ultimately be: “What God has commanded us to do in obedience to Him” and “What Jesus wants us to be ˗˗ conformed to His image.” If a heart response entered into the process, it had to be primarily, “What path, choice, or answer would bring the most glory to God?”

In October 2020 I shared a post on this blog about our journey as parents of someone identifying as homosexual.      Hearing God's Heart About Homosexuality

As I expressed there, we believe God’s created intent for the expression of human sexuality is fulfilled within the covenant of a monogamous and heterosexual marriage. (Matt. 19:4-6) Any other expression, including homosexuality, is a violation of God’s created intent and outside of the boundaries He has set. (Rom. 1:26-27)

If we attended Scott’s engagement party, we would, in effect, be condoning his sin. We would appear to be congratulating him for flagrantly exchanging God’s truth for a lie, and blessing him for openly sinning. This would go against all we believed and held true within our faith in Christ. Our choice quickly became obvious, although it came at a high cost. Because God is uppermost in our lives and in obedience to His standards about human sexuality, we told Scott we would not be attending the party. One of the consequences of this decision is that Scott no longer wants contact with us. The other more serious consequence is the recognition that “just as he did not think it worthwhile to retain the knowledge of God, so God gave him over to a depraved mind, so that he does what ought not to be done.” (Rom. 1:28 paraphrase mine) Knowing God will eventually deal with Scott accordingly, if he does not repent and turn from his sin, weighs heavy on our hearts. Yet we bow to God’s ultimate authority and justice. 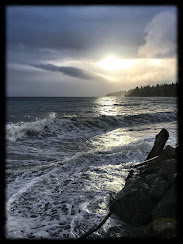 If we had gone with our emotions to make our decision, we may have caved into our desire to keep our relationship with Scott, at the cost of compromising our obedience to God’s ethics. Emotions are not a reliable measure by which to make an ethical decision. Our view of his choice is founded on a perfect source outside ourselves, God’s Word, which teaches us repeatedly to love others in spite of their sins, yet not to compromise our beliefs by condoning their sin.

Ethics do not always transfer from one generation to another, as we have experienced. No matter how much we tried to instill biblical ethics into our children, not all of them chose to accept the absolute truths of God. We know in our heads we made the right decision concerning Scott’s engagement party, yet our hearts still ache with yearning for our prodigal. Daily our prayers plead for his return, firstly to his heavenly Father, who waits for him with forgiving open arms, then to us, his loving parents who miss him so much.

More of Valerie's work can be read on her blog.https://wordpress.scriptordeus.com/