A Matter of Conscience by Marcia Lee Laycock

A Matter of Conscience by Marcia Lee Laycock 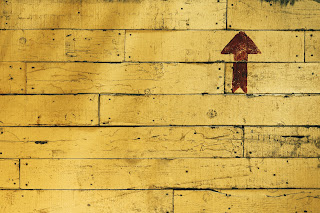 Photo by Tim Mossholder on Unsplash

I read the notice with rising interest and excitement. There were grants available for writers in Alberta! Really? The government would pay me to write? I clicked on the icon and began reading. It didn’t take long for me to decide I needed to print out the information so I could absorb it more readily.

The printer was almost done when my husband arrived home from a ministerial meeting. I knew the pastors in our area were discussing an important issue that would have a serious effect on our community, so I stepped out of my office to greet him.

“Well, pretty well I guess. Everyone’s on board, but no one stepped up to spearhead the initiative, so I guess it’s going to be me.”

I knew having another thing on his agenda was not what he wanted right now, but I also knew that he was passionate about doing whatever he could to slow or perhaps even stop the installation of video lottery terminals (VLT’s) in the hotels and bars in our town. We’d seen the devastating effects of gambling addiction. The idea of our government sanctioning the terminals that would make it even easier to fall into that addiction was high on our list of things to fight against.

“How about you? How was your day?”

I remembered the document I’d just printed out and explained that I was pretty excited about it. “From what I’ve read so far, I think I might qualify.”

He smiled and nodded but I could tell the other topic was heavy on his mind and heart. I headed for the kitchen. A hearty lunch and a good cup of tea might help.

It was a couple of days before I found the time to read that document about writers’ grants. My excitement built again as I read and ticked off the criteria for applying. Then I read the ‘fine print,’ and my excitement was quickly dampened. Part of the funding for these arts grants came from gambling proceeds collected by the government. I groaned and almost tossed the sheets of paper into the recycle bin. I stared at them for some time before placing them on the corner of my desk. I’ll have a look again later, I thought.

A few weeks went by. My husband was interviewed by local media, both print and radio, about the problem with VLTs, explaining that though it looked like the money raised would stay in the community, the opposite was true. He detailed the devastating effects of gambling that got out of control, telling the story of a friend who had lost his home and his family because of the addiction. It noted that it seemed ironic that part of the government’s plan was to set up more facilities that would deal with gambling addiction, while still installing more and more terminals.

As time went on we began to realize that we were fighting an uphill battle that we probably would not win. But we kept trying. My husband gave one last interview just before the first VLT was installed in a local hotel. On that same day I found that pile of paper that detailed the opportunity for writers to acquire grants for pursuing their careers.

I mentioned my dilemma to a writer friend. She did not seem to understand. “Why not redeem that money?” she asked. “You’ll be using it to promote the gospel, so I wouldn’t worry about where it came from.”

I could see her point of view. Truth be told, I wanted to agree. But as I prayed about it, something niggled at the back of my mind. How could I accept money that came from the very thing my husband had campaigned against? What if someone discovered that I had received one of these grants and pointed a condemning finger, accusing us of hypocrisy? Christians were often ‘called out’ for such things and I knew how damaging it could be to a person’s Christian witness in a community. As a pastor’s wife it could be even more serious.

In the end I tossed the document into the recycle bin. As I walked away, I felt the burden lift. The money would have been nice, but I knew God would provide in other ways. My conscience was clear and I could now focus on doing the work He had called me to do.