Why Loyalty Is Your Best Friend by Bob Jones Loyalty. Aside from faithfully carrying out my responsibilities in the first month of my first pastoral role, that’s the only expectation my senior pastor placed on me.

Fresh out of Bible College, newly married, and grateful to have a paying job, why would I not be loyal to the man who gave me a chance? Besides, loyalty is easy when there is respect for a trustworthy leader and her or his experience. I was the rookie. He was the veteran. He was easy to work with, an example of dedicated faith, had a great sense of humour, his three sons respected him, and his wife was devoted to him.

We worked hard, saw men and women make decisions to follow Jesus, and the church grew. He gave me opportunities to lead and experience ministry, didn’t overreact when I made mistakes or fell short of excellence.

About a year into our experience, I received a call from a man in the church that I respected. He wanted to know if I was interested in going with him and his friends to a Major League baseball game in a neighbouring city. He didn’t have to ask twice! That would be my first time in a storied ballpark to see a team I cheered for as a kid.

During the drive to the game the conversation turned from baseball to our church. Did I feel over-worked? Did I feel our pastor was doing a good job? Did I have any concerns about his leadership? Do you see yourself as a senior pastor? No. Yes. No. No, why would I? The conversation turned in another direction and the subject never came up again that night. The baseball game and the stadium were fantastic. The days ahead were not. That was the last game I was invited to.

Not too long after that night our lead pastor called me into his office. He explained that some of the members were upset with him. They had drafted a petition for a vote of confidence on his leadership. There would be a “meeting.” Did I know anything about that? No. Who would do that kind of thing? Turns out there was more than a baseball game going on that night a few weeks back.

He asked my wife and I not to attend the meeting. This was one pastoral experience he didn’t want us to have. The confidence vote failed. He could stay. However, eight months later he accepted a pastoral role in another province. He thanked me for my loyalty and asked if I would be willing to come with him as his assistant. We readily said, yes. I remember his surprised look and then a smile and a tear.

We worked together for a total of ten years in two churches over thirty years ago. We stay in touch. My loyalty is still to him. Always will be. Both of us are aged now, with no regrets.

My situation didn’t become an ethical dilemma, but I wonder if that’s because all I wanted to do was be loyal. 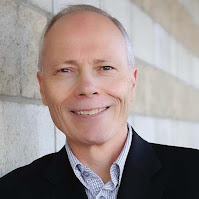