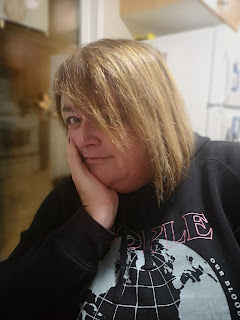 Did you ever get surprised by something you wrote? I have…especially lately.  A small personal unusual collaboration opened more doors without me trying. It literally has exploded and I never know where the next opportunity will come from.

It all began by admiring a local artist for their creativity and voice in a music video they had shared. I knew them slightly so I complimented them on it.

For a long time, I had wanted one of my poems turned into a rap song (believe it or not). After some thought and prayer, I got brave and asked if she would look at a poem.

She agreed! Kendal connected with my poem about domestic violence and before long she had some basic beats, not rap but very catchy.

Kendal thought it was possible to record at a studio for a reasonable price and the rest is history, right down to the day I wanted it launched.

It seemed like a far-fetched dream, like a fantasy.  Now, however, after a month it seems like it has always existed and its audience and presence continue to grow.

Last night Kendal and I were asked to do a closed group hour-long Facebook live. We were to talk about our passion for the subject, the genesis of the poem, and our collaboration.

We come from different lifestyles and spiritual paths but our paths crossed and connected in a surreal way to bring awareness and hope to the issue of domestic violence.

I’m grateful that I stepped out in faith and courage that there was a bigger plan for a piece of my writing that is raw and vulnerable.

I'm grateful for the ability, seeing the opportunity, stepping into a dark space, and bringing some light and hope.

It’s all I ever wanted any of my writing to do. Shine a little bit in dark places.

Thank you, Kendal, Cindy, and Ben for making a dream come true while I blinked. You can hear the song by clicking on "Fly Away" below.

Co-written by Kendal and Sheila Webster

Sheila often writes on napkins, texts to friends and sometimes notebooks. (Not so much computers etc. as they are in a constant state of not working.) She is passionate about true vulnerability that transforms through any medium and for many causes.