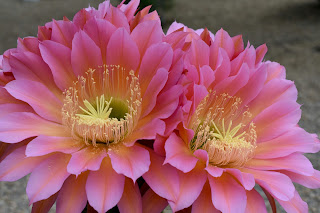 Photo by Karen on Unsplash

Into the Unknown, With Hope by Marcia Lee Laycock

Into the Unknown, With Hope

None of us knows what will happen a year from now, or a month from now, or even tomorrow. Circumstances can hit at any moment and bowl us over like the proverbial pins we love to knock down for amusement. Sometimes it can seem like there’s a celestial bowling game going on and we are all the brunt of it.

A friend woke up on New Year’s Day to find their basement flooded and water spewing out of a split pipe. A young woman carrying twins is told to abort one because they cannot both survive. A community is wiped out by fire while another shudders under an abnormal deep freeze. Wars erupt and millions die of a virus that seems impossible to stop. If I did not believe there was a God beyond us who is in control of it all I would often be in despair. But then that young mom gives birth to those twins. A flower blooms unexpectedly in the desert that amazes all who see it. A man’s terminal cancer inexplicably disappears.

It is the safe arrival of those beautiful little babies, one of whom would not be alive but for a mother who said no, that keeps my head up and my heart soaring. And that single flower blooming in a far-off desert. And that father who is able to join his family for another Christmas dinner. And as long as there are such things in the world there is a will to go on, there is hope. As Sam Ganges said to Frodo when they were at the height of hopelessness – “… because there’s good in the world, and it’s worth fighting for.” That goodness spurs gratitude which lifts our eyes above our circumstances to the face of a loving God. That love ricochets through the universe, touching the hearts of those who are on the verge of giving up, as someone near them reaches out a hand to help them stand again.

After every natural disaster we hear of heroic deeds that are lauded through media around the world. The bravery and resilience and nobility of man is evident to all at such times and sometimes someone even wonders where such things come from. Beauty, nobility, creativity, heroism, pure unadulterated kindness. Are they sourced from the depths of mankind or from the depths of something, someone, beyond us?

As we launch into 2022 such questions bear pondering and answering. Some of us will frown and shake our heads because the answers seem unsearchable, unknowable. Some of us will smile because we’ve felt the love of a great and merciful God and seen His hand at work and known that He stands with us no matter what circumstances befall us. We smile because we can know where the nobility and kindness come from; we can know this God who is the source of it all.

As we launch into 2022 perhaps the only resolution we should have is to get to know Him even more as we take yet another step into the unknown, with hope.