The Clarity of 2020 Vision - Tracy Krauss 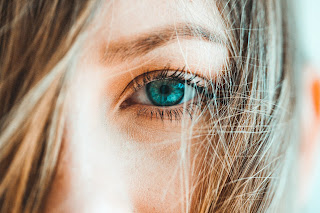 In January I chose the word 'Clarity'. It just seemed to fit so well with that fact that I needed to refocus my priorities because of ongoing heart health issues in an effort to minimize my stress. I also liked the way it meshed with the whole idea of "20/20 Vision" in the year 2020. Who could pass up on such a theme?

Well, to continue the play on words, hindsight is 20/20, as they say, and now that this strange and challenging year is drawing to a close, I can see that continuing to seek clarity is still as valid now as it was eleven months ago.

In my January post, I explained how I had chosen to step down from several long time activities in order to be able to keep up with others. I simply couldn't continue with the demands of directing an Easter Passion Play, volunteering on the local and regional Arts Councils, or substitute teaching. Little did I know that not many months from then, schools would be closed, and plays and other arts events would be shut down anyway.

I also didn't know that just a few days after that post went live I would end up being taken by ambulance to the hospital and later flown to Vancouver to investigate the cause of even more heart problems. Two weeks later I was home again, just as Covid was starting to take hold. Again, my previous decision to let go of some responsibilities seemed providential.

The reminder to clearly seek the Lord before taking on any activities or projects has been an ongoing process. While the first few months of the Covid crisis were an 'excuse' to lay low and not take on too much, by late summer I found myself falling back into my old habit of over committing.

Fall Conference - and our very first ever virtual conference - was taking place in September, and as InScribe's president and part of the committee, I was very involved in making sure it went off without too many problems.

Added to that, school started up again. As an online support teacher for a Distributed Learning School, I had parent consultations, Student Learning Plans to write, and many, many staff meetings.

Somehow, two new books came out at the exact same time in mid-August: Tempest Tossed, book three in my THREE STRAND CORD Series and a memoir I helped my 85 year old friend write called Angels Watching Over Me. This meant I had book launches and other marketing activities along with everything else.

And finally, a precious grandson was born on September 1. I wanted to be there for my daughter, providing meals and helping as much as possible because that's what Moms (and Omas) do, right?

Let me backtrack just a bit - not to garner sympathy by any means, but just to make things clear. My current condition of microvascular disease on top of congestive heart failure and previous bypasses due to coronary artery disease means that I often suffer from chest pain. To put it plainly, my heart isn't very healthy. I currently take a mitt full of drugs and wear a nitro patch every day. I also never go anywhere with out another bottle of nitro just in case I need an extra shot. Over exertion can cause problems, but the biggest enemy for me is STRESS.

Somehow I managed to get through September with a minimum of 'episodes'. (What I call chest pain that stops me in my tracks.) Perhaps it was sheer willpower, but Fall Conference went off without a hitch, Student Learning Plans got written, one book became a bestseller on Amazon, and I got in lots of "Freddie snuggles". (My grandson's name is Fredrick.)

But then, almost immediately afterwards, I paid the price. The last couple of months have been a struggle for me. Too many 'episodes' too frequently have me realizing that saying I'm letting go is not the same as actually letting go.

Another daughter had a baby boy on November 8, 2020. (Yes, we're prolific that way...!) I had to face the fact that I could not physically go and stay with her to help out like I did for her other two kiddos. Rather than be a help, I could be more of a hindrance if they had to worry about me having an 'episode'. This felt like a blow, and I shed a tear or two. I wanted to be there for this daughter, too, because "that's what Moms and Omas do". But it is very clear because of the frequency and severity of my so called episodes that I'm not that person any more. People often remark, "I hope you start feeling better soon," but my condition isn't like a cold or flu from which I will recover. Limitations are my new reality.

Which brings me to one final point. As we approached this year's InScribe AGM in September, I prayed long and hard about whether I should step down as president. With so many changes to the executive as well as other key exec members leaving for health related reasons, I felt it right to continue my term until its conclusion in September of 2021. However, I am so very grateful that God saw fit to bring alongside an amazing, skilled, efficient and larger team than we had previously. With these folks in place, I foresee a gradual stepping back from the extra duties I usually take on and plan to let the team carry the load. I know that this organization is in good hands.

I am also looking to pass on the torch as moderator of this blog. If anyone feels the call to take it up, please contact me.

As God continues to give me clarity about what I am to be doing right now in this stage of my life, I cannot continue to look back and long for how it used to be. I do believe I have more books to write, grandchildren to snuggle, people to encourage, and interceding to do, but perhaps not at the same pace.

I know that God has perfect vision for the future and that He has a plan and a purpose, both for me and this organization. 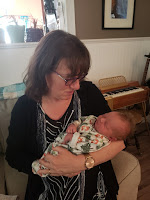 Tracy Krauss is serving as InScribe's president. She lives in Tumbler Ridge, BC where she continues to write - and get in as many snuggles as possible.