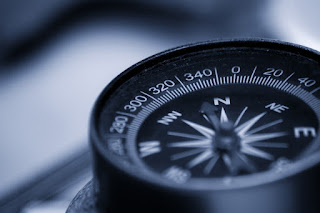 Have you ever wanted unmistakably clear direction for your future?

This probably describes all of us, and sometimes God does, indeed, skywrite. This happened in my life shortly before COVID hit.

(These last four months—March-July 2020—have been challenging ones for all of us. Emotions all over the place. Uncertainty. Fear. Confusion. But none of it took God by surprise. I’m convinced that this is one reason He chose to give me such clear direction. He knew I’d need something to hold onto when the world turned upside down.)

When I took on the office administrator job at our church (for the third time) approximately four years ago, I thought being done at 3:00 would give me lots of time to write and edit. But when I came home from the church, I had very little inclination to sit down at my keyboard and get to work. After all, I had put in a full day’s work—at least that’s what my brain thought.

Off and on, I would ask the Lord if He had something else in mind. Give up the writing and editing? Resign as administrator? Somehow figure out how to do both?

One day I was in the A/V room, where you could find me most Sundays. I was working alongside our Associate Pastor, which was unusual since he was typically in Kids Worship. He mentioned that a friend had told him that the administrator position was his wife’s dream job.

Because the pastor knew I was seeking God’s direction for my future, he suggested she speak with me. This was one of those Ah Ha! moments. I hadn’t been asking God to release me from the job. At that time, I wasn’t even thinking about the possibility. These were clear indicators to me that the Lord wanted me to pay attention to what was unfolding.

Surprisingly, Rita came to speak with me after the service. She had a lot of experience that would make her a great candidate for the job. Talk about skywriting!

I discussed it with my hubby and he was all in. (He’s the most supportive, encouraging person I know. So, this was no surprise.)

I left church that day certain of my next steps in a way that rarely happens. In fact, it had been over 35 years since God had skywritten in such a clear way—at least from my perspective.

This month’s topic is “Extraordinary Directions.” And I certainly think these events qualify.

While I love it when things are this clear, I know that most of the time life is about doing “the next right thing.”

This saying has become almost cliché, but it’s so rich, so encouraging—especially in these uncertain days.

Often, we only have enough light for the next step, but that’s sufficient when we walk with the One who is the Light.

I’d love to hear about the times God has given you extraordinary directions, either by skywriting or showing you the next step on your journey.