When you are fostering, you usually don’t have much time to make up your mind if you are taking a particular child.  Especially on a Friday if there is an emergency and all the homes are filled.

I always tried to do the best I could to lessen the anxiety of a new child in what was a terrifying situation for them.  Even when home circumstances were difficult for them, they naturally are bonded to their biological parent and very fearful.

I had more than enough time to think though when I was asked to take a sixteen-year-old pregnant girl.  She had many challenges before she found out she was pregnant, and currently was an angry smoker who was quitting everything else cold-turkey.

When the worker phoned and asked, I said no.  Actually more like NO!

The worker continued, “She had turned herself into us after having run away for the last year. She asked us not to find a foster home, but a mother.”  As hard as I tried, I couldn’t forget that phrase.  I told the rest of the family what we had been asked and why I had said no.  We agreed it probably wasn’t our skill set with so many kids already.

However  my biological daughter Hannah, who was 13 at the time, came to the breakfast table one morning.  “Mom I dreamt that girl died within a week if we don’t take her – we need to.”  I felt trapped as this daughter was the one who always had an uncanny intuition.  She begged; I reluctantly said I would meet her.

It was gloomy out when I picked her up. She had on a couple of hoodies and an attitude that was palatable.  I also detected fear of rejection and sheer terror on her part.  We went for a long drive to chat about her, her life and what she wanted.  I wouldn’t say she was endearing, but she was incredibly vulnerable and honest, in a way.

Our family prayed about it and said we would TRY, but couldn’t promise anything.  As we prepared for the day she would move in, I was impressed with the old-fashioned notion of a layette - not for her baby, but for her.  It was something that I felt torn about as I wasn’t as brave as people gave me credit for, and I wasn’t seasoned at dealing with rejection by a teen, (although I am now!)

However, I couldn’t shake the idea.

I perused the aisles of the closest department store wondering what a layette for a sixteen-year-old would look like. I chose a bath towel, some pajamas, sheets and a comforter.  I then felt impressed to ask her if she wanted to choose a paint color for her room.  I was way out of my comfort zone as the kids usually had to share a room, and I had never offered that for another kid.

Reluctantly, she agreed to help paint and chose a blue color.  As we painted, I prayed since it was hard to know what she was thinking.

The first day she lived with us was a disaster, despite my hope that there would be a honeymoon period as there was with some kids.  I told her the rules and what she had to do that the other teens in our home did.  I wouldn’t waver and she balked and took off down the street.  I was frustrated and felt distress, but took off after her praying and muttering as I went.

“Wait, let’s talk.” As she turned I could see she was angry but holding back tears.  I immediately relented on my hard and fast rules and said, “Hey, you know what? I didn’t accommodate the fact you are pregnant even though you are a teenager.  Let’s figure out what would work together.”

She turned around and came back home.  For the past 15+ years I have been her mom, and her now five boys’ grandma.  Never was I her foster parent. 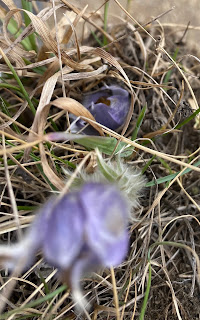