What Were You Thinking? by Wendy L. Macdonald 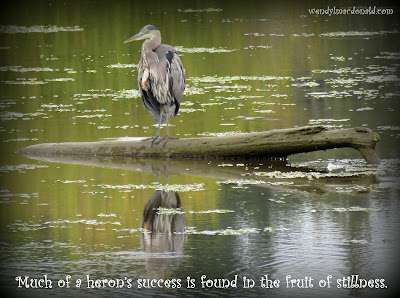 What were You thinking, God? This describes how I’ve been feeling about much of my life over the last twenty-four months. Recently, I asked God, “Are You just going to stand by and let this happen?”

Thankfully, I’ve also learned to trust God deeper as I walk through the deep over and over again.

Details of what I’m wading through don’t matter because the unspoken stories often speak the loudest when they’re not spelled out. The anonymous thorn in the flesh is more relatable and less distracting to the reader.

It’s the cure—not the cause—most sufferers are concerned about. Who cares how we got here when what we crave is escape.

I confess, I crave a cure for what ails. But God is asking me to seek the tonic of His Presence first. He’s also been coaxing me to share what I’ve learned. He wants me to use a universal voice that points to Him—not to me.

He doesn’t want me to cause anyone to stumble. He desires my words to serve as a ladder that draws the reader’s attention to the tallness of God’s Truth. Hope isn’t found in my story; hope is found in the One who directs and edits our stories. He has plans to write a prosperous ending.

So even though our lives might suck like slugs at times, He is able to redeem us so that He is glorified immeasurably more than He would have been if everything had gone as slick as suntan lotion by Lake Serenity.

And speaking of serenity, here some thoughts I wrote down while picnicking at the beach on Labour Day:

...God is a merciful God;
he will not abandon or destroy you...
Deuteronomy 4:31 NIV

I don’t know if any of these speak to you; if one does, I’m nosy-to-know which one it is?