When a Man Loves a Rabbit - Bruce Atchison

"You should write a book," coworkers and friends of mine often coaxed. Back in the nineties, I never expected to be an author. But the advent of print-on-demand technology changed all that for me.

Six years of weekday, freelance writing proved to me that I wasn't going to be the next Pierre Berton. I became tired of endlessly reading and querying magazines. A course on writing memoirs seemed to be my escape route from that tedium.

After writing what I thought would be a good autobiography, I realized that it was far too lengthy for a paperback. That's when I hit on the idea of writing a memoir featuring all my long-eared friends. 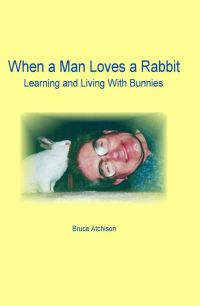 I worked hard on the book for two years and it was finally published in 2006. When a Man Loves a Rabbit sold a few hundred copies, chiefly because I knew more than six-hundred folks who loved house rabbits as passionately as I did.

I must admit that I wasn't entirely happy with that memoir. A writer friend offered to edit it for only a hundred-and-fifty dollars. She did a decent job but she also made the book sound like she had written it rather than me. That taught me a good lesson, namely not to accept cheap help.

Even so, I'm glad my editor didn't expunge any of my references to Christianity and my faith. Believing in Christ permeates all aspects of my life so having to censor my core beliefs would have forced me to find another editor. 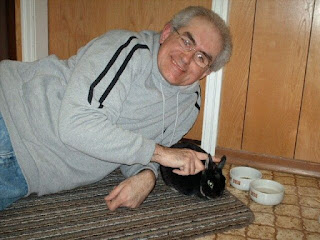 And though we volunteer to follow Jesus, we still are his and must obey him. It isn't an irksome chore either since Matthew 11:30 (KJV) says, "For my yoke is easy, and my burden is light." Our rest is knowing that Christ will take care of us in whatever situation we find ourselves.