My first book was the outcome of an emotional roller coaster of a journey. 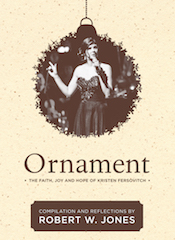 The journey began on an August Wednesday in 2011 when an email appeared in my inbox – “things aren’t good.”

Kristen Fersovitch, a twenty-eight year old wife of an Edmonton firefighter and mom of three preschool boys, just heard from her doctor that kidney cancer had spread to her lymph nodes.

Kristen was a seven-year old bundle of energy when we first met. I was the Children's pastor at Central Tabernacle in Edmonton. God gifted Kristen with spunk and the singing voice of an angel. A pastor’s greatest pleasure is staying in the same charge to watch kids grow up, graduate high school, spread their wings, get married and have kids of their own.I got to do that with Kristen.

That August afternoon I called Kristen rather than reply. She cried at her end of the line and my tears were right there with her. We prayed. And then she asked if she could sing and share her story on the following Sunday at church. Singing was Kristen’s way through the ups and downs of her life and this cancer journey would be no exception.

Over the next twenty-four months Kristen would record an album and grace the platform of the Northern Alberta Jubilee Auditorium as a featured soloist, not once but twice in Canada’s premier Christmas event – the Edmonton Singing Christmas Tree. She sang with an American Idol winner and brought tears to the eyes of thousands who witnessed her courage in the face of a terminal cancer diagnosis.

She was awarded the Queen’s Diamond Jubilee Medal and her story was shared on CTV, Global and every print media outlet in Edmonton. 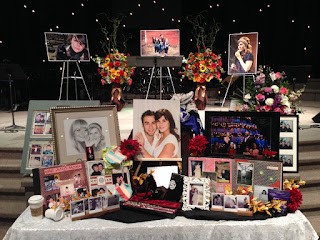 Kristen passed away just before the Thanksgiving weekend of 2013. Her funeral – attended by family, friends, politicians, media and strangers whose lives she touched - was the lead story on Global Edmonton. Her oldest son was six.

Along with so many others, I prayed, fasted, and believed for God’s mercy in Kristen’s life. Her husband Mike was desperate for her to be well. Her sons needed their mom alive. Her family and friends spared no effort to support her. But death was God’s answer.

Ornament: The Faith, Hope and Joy of Kristen Fersovitch became a way of dealing with my grief and disappointment.

Kristen’s life was on display for all to see – just like a beautiful Christmas Tree ornament. She touched so many people who asked similar questions – “How are you holding it together? Where are you finding your strength?” 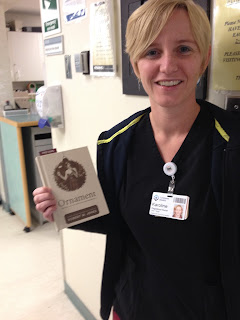 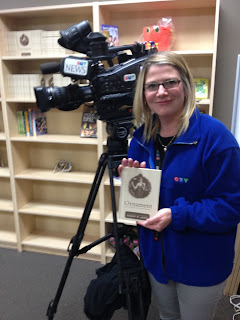 When life was at its worst, Kristen was at her best. And she gave all the credit to Jesus. “I believe Jesus will heal me but even if he doesn’t I trust God with all my heart.” The book became a way of helping others find the same kind of faith she had. At the end of each chapter, thoughtful questions shone a light to help readers encounter Jesus.

Generous friends of Kristen and mine funded the project. Word Alive Press designed and published the book as a legacy piece – hardcover, with a texture made especially for readers to feel the gentle strength of Kristen when they held the book. Ornament includes pictures of Kristen’s Christmases, including her favorite Christmas tree ornaments. Through sales of the book over $30,000 was raised for an Education Trust fund for the boys.

Ornament was awarded the Canadian Word Press Life Story of the Year in 2016.

Copies are available through Chapters.ca or by emailing bob.pb.jones@gmail.com 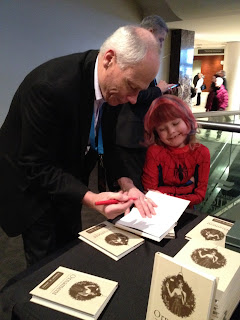