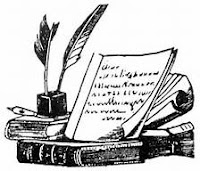 Unlike some authors who have written a book, no matter how simple, at a young age, I only began to write my first book a dozen years ago. Prior to that I had buried my former love of writing for more years than I care to admit. I had convinced myself I could not write anything for other people to read - ever!

God had other plans and used my husband and my youngest daughter to convince me that one story in particular needed to be told and I must write it. No matter how much I argued about my lack of ability to complete such an immense project as this book, a memoir, they refused to listen.

I pulled out years of journal entries, doctor's notes and other reports. I filed them in chronological order and reread each one. I shed a few tears. I procrastinated taking another step in a project I had no confidence in knowing how to start, let alone complete. The first book lay untouched for more months. Finally, I sat at my computer and began to write. Then I deleted and tried again. I do not remember how many times I hit delete or how many tears I shed.

A good friend of mine, who knew about the book that could not get started let alone completed, heard about a one day conference for Christian Writers being held in Saskatoon. She urged me to attend. I could think of many excuses not to show up and yet I finally gave in and walked in the door. God introduced me to some amazing people that day. People like Jan Dick and Marcia Laycock. I heard about Inscribe Christian Writer's Fellowship and the local His Imprint Christian Writers group which met in Saskatoon.

I decided to continue to try to write the book. I attended the next several meetings of the local group and finally got brave enough to share my journey and how stuck I was on this book project. I even read the first few paragraphs and received some critique on them.

One of the published authors asked me to consider who my audience would be and then suggested an alternate starting point. I huffed a bit, quietly of course, about drastic changes to MY story! Then I remembered I had asked for her input. I went home, ate a few bites of humble pie and started a new document in order to begin yet again. Her ideas worked. The words began to flow.

It took many pushes from my family and friends. I had to let go of negative self-talk. Listening to and accepting the critiques of those further along the journey gave me a fresh start and wonderful insights. My first book, a memoir called Amee's Story, arrived on my doorstep one cold winter January day in 2010. God has used it to touch many people. I continue to be amazed and humbled at how he has used my reluctant efforts for His glory. 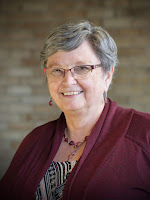 As a speaker, published author and storyteller, Carol Harrison is passionate about mentoring people of all ages and abilities to help them find their voice and reach their fullest potential. She shares from her heart, telling stories from real life experiences and God’s Word to encourage people and help them find a glimmer of hope no matter what the circumstances. She believes we need to continuously grow in our walk with God and lives out her storytelling passion by speaking at women’s events and retreats, Bible Camps as well as school assemblies and church events. Carol is a wife, mother of four adult children and grandmother to twelve. She makes her home is Saskatoon, Saskatchewan, Canada.