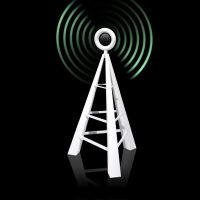 Believe it or not, your AM radio can help you with your writing. It's especially useful if you're writing a story written in a different city or town and you want to put more local flavour in your story.

Thanks to our long winter nights and lack of lightning interference, we can hear distant stations on ordinary AM radios throughout the evening. This is because God created a layer of ionized air called the Ionosphere. This layer bounces signals from great distances back to earth rather than shooting off into space.

After the national news, these stations often air local news. The stories could easily be adapted to fictional plots.

By tuning away from the local stations, you can hear many of these signals quite clearly. Additionally, I've found that I can turn my portable radios to certain directions and hear one station while turning them ninety degrees brings in another station. 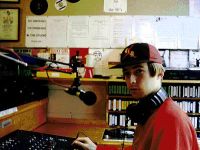 Even local commercials are useful when you're writing about a certain place. You can find out what those businesses offer and which ones would be of interest to your protagonist or antagonist.

But why not, some folks might ask, listen to radio online? The audio is crystal clear and the web site has all sorts of additional information on the location where the station is. The fact that radio signals come in from thousands of miles away with no artificial help is astonishing.

Cruising the AM dial can also be done anywhere, provided that you're not in the middle of a concrete and steel building. Hearing distant stations is especially good in rural locations due to the lack of electrical interference.

Having loved listening to distant AM stations at night since 1967, I've learned much from what those stations broadcast. One thing I found is that all municipalities have generally the same problems of corruption, scandal, and difficulties with taxation. This demonstrates to me that human nature is the same wherever we are from. We live in a fallen world and only Christ can change us. 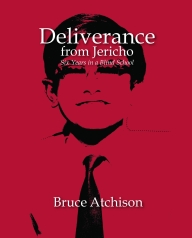 I wrote about my love affair with distant signals in my Deliverance from Jericho memoir. While having to stay at an institute for the blind during my childhood, radio was my link to the outside world. Life would have been intolerable without it.