How To Live in Breathless Expectation by Janis Cox 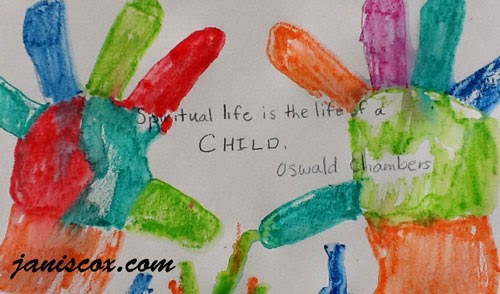 Spiritual life is the life of a child ~ Oswald Chambers.

Where am I in my writing?


I am mid-month of a blogging Sabbath rest. I realized or should I say, God pointed out, that I spent too much of my time blogging. Since I started seven years ago, it is fitting that in this seventh year I take a break. I have had projects on the back burner for far too long because each blog post requires thinking, typing, formatting, picture, Tweetable and then social media shout outs.

What have I learned?

Last year I wrote on Sunday Stillness about living a leisurely pace.  Then I forgot to do what I wrote.

When we are rightly related to God, life is full of

Where do I go from here?

Since I am only 1/2 way through this process of seeking His Presence I can only say that Jesus IS leading me.

What is my progress so far?

As I do these things I know that I work better, and calmer but with the spontaneity that Oswald Chambers talks about.

To be certain of God means that we are uncertain in all our ways, we do not know what a day may bring forth. This is generally said with a sigh of sadness. It should be rather an expression of breathless expectation ~ Oswald Chambers (emphasis mine).

I can only answer a few questions about my work in progress.

I can tell you that the story is more involved than Tadeo Turtle. It is still a picture book with watercolour illustrations but it is not written in rhyme.

Here is a short excerpt from the middle of the story:

So the years went by and the news of his tremendous gift spread outside the kingdom of Thrim. One day a man named Duff entered his shop. He admired the dolls that Yoj had created. He told him that he could make him the most famous doll maker in the world. He filled Yoj’s head with plans of expansion and lots of money.

Yoj was intrigued. Could life be even better than this? He listened intently to all that Duff told him. He didn’t take the time to ask his friends. He didn’t even ask God what He thought of his plan.

Before anyone knew what had happened, Yoj had closed his shop in Hearts Delight and moved out of the Kingdom of Thrim.

Yoj and Duff traveled for many months through different lands before they arrived in the city of Grimness in Shadow Land. The city was full of people, houses and businesses. Smokestacks dotted the sky. A light grey haze covered the sun.

Immediately after their arrival, Duff took Yoj to a large, grey, four-storey building. He put him into a small office that had a tiny window overlooking another larger grey building. There were no trees or plants anywhere. No one had the time to plant or care for them. ... 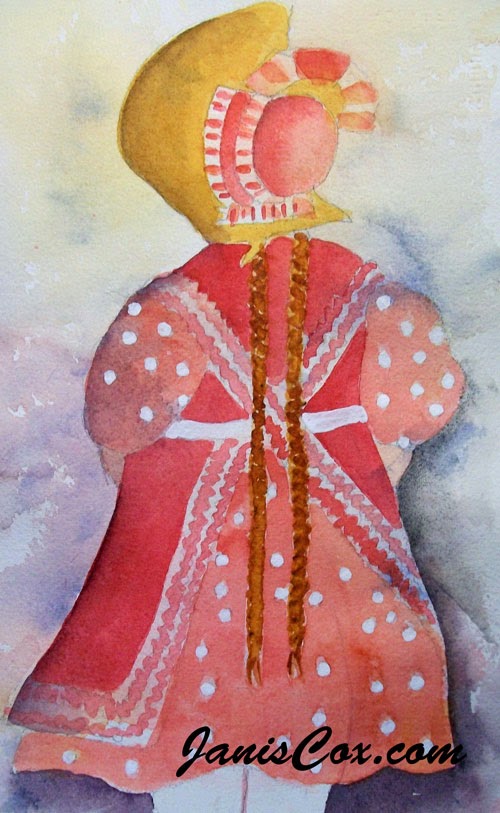 Are you uncertain in all your ways - and happy about it? (tweet this)

Do you live in breathless expectation to see what God will do today? (tweet this)

Janis, a former school teacher and small business owner, found a new passion in writing in her retirement. A writer since 2003, Janis co-ordinates a group blog called Under the Cover of Prayer. She is also a contributor to a group blog called Family and Faith Matters.
Janis is the author of the award winning children's book, Tadeo Turtle, published by Word Alive Press. She is the author and watercolour illustrator. For more information visit Janis on her website He Cares for You. She is a member of The Word Guild and Inscribe Writers Fellowship.