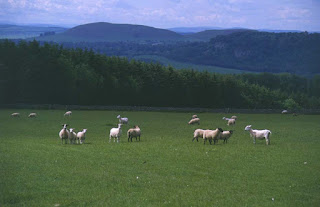 Acts 20:28-30 (KJV) Take heed therefore unto yourselves, and to all the flock, over the which the Holy Ghost hath made you overseers, to feed the church of God, which he hath purchased with his own blood. For I know this, that after my departing shall grievous wolves enter in among you, not sparing the flock. Also of your own selves shall men arise, speaking perverse things, to draw away disciples after them.

Throughout the Bible, Satan has corrupted and suppressed the truth. He continues today to use people, even professing Christians, to prey upon the flock of Christ. Disguised as shepherds, these phony leaders mislead and abuse their flocks to the point where many sincere sheep turn away from the Good Shepherd.

I was one of many who wound up in a cultic house church. Nobody discipled me when I gave my life to Christ in 1969 at a vacation Bible school. Consequently, I had no discernment skills. The World Tomorrow radio program became my mentor until a friend invited me to his church in the basement of a house.

The self-proclaimed teacher captivated my imagination with his stories and twisted scriptures. As a result, I believed that God lead me to a spiritually-advanced church that knew deep teachings which mainstream churches didn't.

One of these so-called secrets was the naming of Christ's name to cast out demons and heal people. Particularly appealing to me was the idea that I could be healed of my poor eyesight. I could prove to the skeptics that God was real and he still performed miracles through his apostles and prophets. Visions of TV appearances and speaking tours filled my mind as I imagined myself fully healed.

The wolfish side of those false shepherds soon reared its ugly head. Whenever my eyes weren't healed after the laying on of hands, they accused me of having hidden sin, lacking faith, or having un confessed ancestral sins. For more than fifteen years, I struggled to build up my faith and crush all doubts. Nothing I did triggered God's healing power. Because of all the criticism and harsh judgements made against me, I stormed out of that church one June Sunday and turned my back on God for nine years.

I came to my senses when I realized the Lord wasn't at fault. I had been lied to by folks who I thought knew the scriptures better than I. Bible-believing churches and the sound doctrines of biblically-literate radio preachers steadily deprogrammed me of the lies I learned as a young Christian. I now realize that God is sovereign and nothing I could ever do would gain me better sight.

John 9:3 is now my life verse. Through my upcoming How I Was Razed: And How I Found Authentic Christianity memoir, I hope to comfort those wounded sheep who left the Good Shepherd as I did. I want them to know the real Lord, not the signs-and-wonders idol that I once worshipped. May the works of God be manifest in me as in the blind man Christ healed.

For more information on my writing, visit the Bruce Atchison's Books link.