The Joy Of Writing -- Jack Popjes 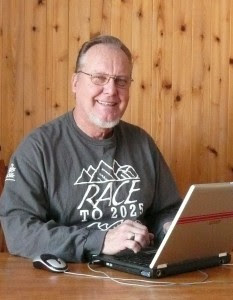 I’ve written a weekly blog since 1995, many years before the term “blog” was invented. I sent them out as emails to a list of friends. When I publicly committed myself to write weekly I had no idea of the benefits I would reap. I learned some self- discipline. I enjoyed turning the steady flow of ideas into columns that provoked positive responses from readers. And I wrote well over half a million words, a third of which are now enjoyed by a much wider readership through my three books of collected columns.

I’m one of those writers who blogged his way into print, like Charles Dickens, the patron saint of committed bloggers.
Dickens’ weekly output was prodigious! He wrote sections of five novels as serials for weekly magazines and ten novels in monthly magazines. He often worked on two monthly serial novels at once. Pickwick Papers overlapped Oliver Twist, which overlapped Nicholas Nickleby which overlapped the weekly serial The Old Curiosity Shop! In his spare time, he also wrote five short novels and fifty plays, poems and short stories.

Few of us reader/writers can match that kind of production! I certainly can’t. But when we commit to writing much more both we and our readers benefit.

Here’s how I start myself thinking about things worth writing about. I ask myself, “Jack, you are sitting at your computer knowing you have only 15 minutes left to live. What important things in your life do you feel deeply about? Write about these for your family and friends to read.”

Try it. You’ll be amazed at how the ideas and words flow when you begin to write. Then commit to write again next week, and the next.

If Francis Bacon were here today, I would expect to read this on his blog, “Read books, periodicals, and blogs to feed your mind. Blog your thoughts and ideas and discuss them with your readers to refine your thinking. Write your memoirs to preserve the details.”