Five Questions that Need an Answer, by Bryan Norford 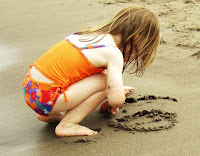 A young friend asked me recently whether a certain profession was good or evil. Obviously some are clearly evil: prostitution for one. But most jobs are neutral, that is, they are neither good or bad in themselves, but we can use them for good or evil.

Television was regarded by many to be the evil eye, but it has no moral virtue one way or the other; how it’s used makes it good or bad. Similarly money. Money is not the root of evil, love of it is; our attitude to it and what we do with it.

At the recent Write! Vancouver writers’ conference, one of the speakers was Iwan Russel-Jones (a Welshman!) recently recruited by Regent College, after serving twenty years in the religious broadcast department of the BBC in England.

Well, there’s a den of liberalism, you might think. There would be some truth to that, but it included members of other religions, as well as atheists! Was this outfit good or evil? As a committed evangelical, should he be there, and if so, how could he cope?

Not only did he cope, but served faithfully over two decades of producing radio and TV programs including documentaries and discussions on various religious topics. As long as the program was unbiased, he could be sure the Christian voice was heard.

His biggest problem when starting the job was not coming to grips with people and material from other points of view, but following some simple guidelines for every piece he produced. He listed these out for us at the conference, and I found they applied to every written or spoken creative concept—fiction and non-fiction.

2.    Who’s the cast?
Who are the people involved in this story, and why are they involved? Unless they have a specific role in the story, they shouldn’t be there.

3.    Where’s the jeopardy?
There is conflict to be resolved in every story, or there is no story. What is the nature of this conflict, and how will it be resolved? Sometimes it can’t.

4.    What’s the golden thread?
What is going to keep you on message? How are you going to avoid the conversation wandering from your goal. Because finally . . .

5.    What are you trying to say?
This is your gig, your picture of the subject at hand. Is there a specific point to you want to make?

These questions are all about ownership, and a rigorous response to these questions is critical if your work is to have meaning and impact. Perhaps these are old hat to you, but they helped to answer the young friend’s question. A trade or profession is neither good or bad until you make the impact.

Careful answers to these questions can ensure a robust response for virtue in a fallen world.