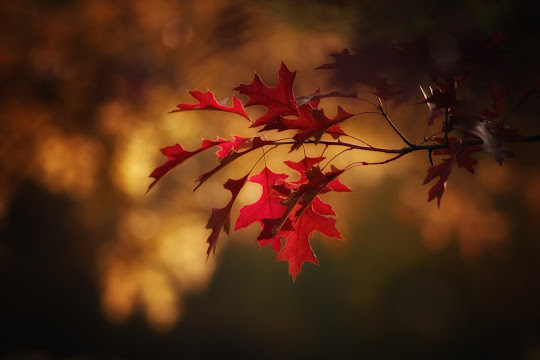 "In your life's defining moments there are two choices
- you either step forward in faith and power
or you step backward into fear."
James Arthur Ray
As a young woman starting out, I had many plans for my life—becoming a writer was not one of them, not even as a secret wish tucked in a hidden corner. So how did I get on this writing path? Thinking back, it all came about rather quietly, no bolts of lightning, no writing on the wall. But these defining moments weren't passive—they came with a certain tenacity, much like when someone tugs your sleeve until you turn 'round and notice who's vying for your attention.

Perhaps it began with the encouragement from my mom and from an auntie who would say to my mom, 'That Brenda, she should write a book'. As much as I appreciated these kind comments—perhaps I did have a flair for words written in a card or Christmas letter—surely it couldn't mean anything more. No matter, seeds were planted.

Without L.M. Montgomery’s influence, I probably wouldn’t be a writer today. If you’ve followed past posts, you already know the creator of Green Gables figured a key place in my youth, first as a girl loving her beloved characters Anne and Emily, and then later falling in love with the author herself as I delved into her published journals and poetry. Reading her books created a yearning in me—if only I could write as beautifully as she wrote. I loved how she described the world around her.

How was I to know that taking a job in 1982 at the Alberta Legislature in the Premier's Office would put me on a path to writing. Starting as a typist on the team that handled reams of correspondence, I eventually became a correspondence writer preparing thousands of letters for my Boss's signature. As my writing skills developed, so my interest to write increased. I began to imagine a ministry through the art of writing—not only letters but articles, children’s lessons, newsletters, maybe even books. Blogs, at that point, were still misty decades in the future.

I'll not forget the day around 2001 when a verse in Proverbs leapt from the page: "Like cold water to a thirsty soul, so is good news from a far country." Proverbs 25:25 AMP I felt a weightiness in those lines. For I knew just how life-sustaining it was to get news from afar—standing in the post office line up as a college student, hoping against hope for a letter from home to assuage my homesick heart. Somehow, I felt the words of this verse were entwined with my budding dream to write, that I would one day write from the heart of my home and maybe for homesick hearts. The phrase 'a word from home' kept going around in my head. It seemed a right fit for my ministry of writing. Business cards printed in anticipation were, alas, rarely handed out—too scary to announce I was a writer. Still, they indicated another step forward on the path.

Months later I saw the advertisement for a Spring WorDshop mini conference in Calgary and registered for my first ever InScribe event. It was April 2002. Every word keynote speaker Kathleen Gibson shared that weekend about her own writing journey dropped like fresh manna into my heart. Drawn to her writings, I gobbled up her newspaper articles posted on a website, ever hoping I'd learn how to write with such grace and skill.

If there is one defining moment that really pushed me forward, it was the day I created my own blog. People on the web were talking about this thing called blogs. Intrigued, I headed to the library and hauled home any books I could find on the subject. One August day in 2008 I took the plunge and It’s A Beautiful Life was live to the world. Setting myself the challenge to write 100 posts in 100 days, I was on my way to establishing a daily writing habit. The blogging platform was appealing—it gave me immediate access to an online audience. I could write my piece and publish it then and there, no sending it away to wait months for news from some publication. I also loved being able to receive comments from readers as soon as the post was live—an instant connection could be established, the building of community underway. More than thirteen years now, it's still my favourite place to write and be in touch with my readers.
Today I celebrate all that my Divine Editor in Chief gave me when He opened the door and gently pushed me into a world of words—a world I never dreamed was possible for me. Step by step He led me, defining the moments He knew I needed to push me forward…. until one day I believed that I, too, could take my place as a writer for Him.

Inspired by the beauty of God's world around her, Brenda Leyland writes from her home in northerly Alberta, Canada. You can find more on her blog It's A Beautiful Life (beautiful.wordfromhome.com) and Facebook page.
(Top) Image by Petra Boekhoff from Pixabay