I can identify many defining moments in my life, some spiritual, others practical; some painful, and many full of joy. Defining moments are like 'Rights of Passage' that push us forward into a new stage of growth, for better or for worse. I will try to keep my examples writing focused, although I could go down many other rabbit trails.

Two defining moments for me as a writer happened when I was quite young. The first involved a play I wrote based on a book called Ghosts Don't Eat Sausages. I was in Grade Four at the time. I divvied up parts and convinced my friends to practice during recess. When our teacher discovered what we were doing, she suggested we perform for real in front of the entire school. I remember feeling a lot of frustration with the actors for not knowing their lines, but it must have gone off well enough since we got a highlight in that year's yearbook. It was the first time I felt the overwhelming sense of accomplishment and pride that I later recognized every time I directed a play. Mrs. Sullivan's belief in me was the foundation, I think, for my twenty-year career as a drama teacher and playwright. 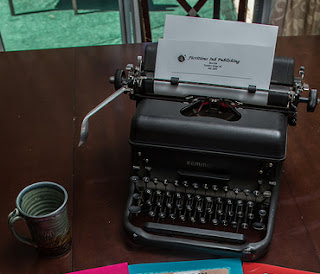 Another teacher had a huge impact on my life. During my Grade Twelve year, I wrote a short story for my English Composition class based on events surrounding the economic crash in October of 1929. I'm not sure why I was inspired to write that story, but I do remember being very motivated to write it, even though I felt frustrated at times. There were no computers back then so it was largely handwritten with many scribbled-out sections, arrows, inserts, and the like. I'm not sure I even got around to typing it out, but I do recall the fulfillment I felt while writing--a feeling I still get to this day when I'm clacking away at one of my stories. My teacher, Mr. Meginbir, asked if he could read it to the class. Later, he recommended a writing retreat for young people and gave me a brochure. I didn't go, but the fact that someone thought I had writing talent gave me the confidence to keep on writing. It was the first time I saw myself as a writer.

But for the purposes of this blog, I'd like to mention attending my first writers' conference. It was in 2010 at Providence Renewal Center in Edmonton. Yes, you guessed it! My first conference was an InScribe conference and it was definitely a defining moment for me. It was the first time I met face to face with other like-minded writers whose faith was an important part of who they were. I remember being in awe of Marcia Laycock, whose work I had read and who I'd seen online. She was hob-nobbing with Rudy Wiebe and Sigmund Brouwer, two of the speakers! Brenda Leyland came alongside and made me feel welcome, drawing me into her circle, even though she, too, was a workshop presenter. My mind was blown by what I learned. I could hardly take it all in! But I also felt welcomed and encouraged--never like I didn't belong. That conference spurred me on to get involved, and the rest is history, as they say. InScribe has been such a blessing to me and I wouldn't have realized just how much had I not attended that first conference.

So, there you have it. From nine-year-old me to fifty-nine-year-old me, I still embrace those special moments in time. They made me halt, pivot, and sometimes go a different direction, but each one has helped define me as a writer. 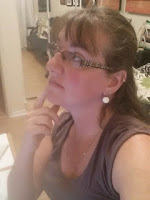 Tracy Krauss is the former president of InScribe, a former Drama and Art teacher, a former pastor, and a few other former things not worth mentioning! One thing that isn't in that category is 'Writer' since she continues to write from her home in northern BC. Visit her website for more: https://tracykrauss.com  -fiction on the edge without crossing the line-