Spanky and Our Gang: "Like to Get To Know You" - Bruce Atchison

This popular group had a few charting hits in the late sixties. This particular one was about the tentative nature of starting a relationship with a stranger. Hear it here:

On the face of it, Philippians 3:10 (Bible in Basic English) doesn't seem to make sense. Why did Paul write, "That I may have knowledge of him, and of the power of his coming back from the dead, and a part with him in his pains, becoming like him in his death;" 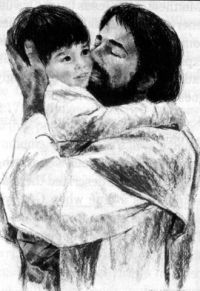 Paul meant that he wanted to be as close to Christ as he could be, even in suffering persecution. His sole aim in life became to become what Jesus wanted him to be. Now that's dedication!

So how can we develop such a dedicated passion for our Lord? He gave the answer in John 14:15-17 (BBE). "If you have love for me, you will keep my laws. And I will make prayer to the Father and he will give you another Helper to be with you for ever, Even the Spirit of true knowledge. That Spirit the world is not able to take to its heart because it sees him not and has no knowledge of him: but you have knowledge of him, because he is ever with you and will be in you."

We also read in 1 John 2:4-6 (BBE) how we can know the extent of our devotion to our Master. "The man who says, 'I have knowledge of him,' and does not keep his laws, is false, and there is nothing true in him: But in every man who keeps his word, the love of God is made complete. By this we may be certain that we are in him: He who says that he is living in him, will do as he did." 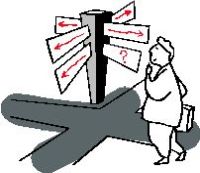 In my case, the turning point came in my life back in 2002. Reading Hebrews 2:18 (BBE) showed me that Christ knows what it's like to be human. "For having been put to the test himself, he is able to give help to others when they are tested."

I felt elated when I finally comprehended that Christ understands how I felt. In my past, people gave me the impression that he, and especially the Father, were "rules is rules" types. Now I want to be as close to the one whom chose me as I can in this life. Philippians 3:10

Email ThisBlogThis!Share to TwitterShare to FacebookShare to Pinterest
Labels: "Like to Get To Know You", 1 John 2:4-6, Bible in Basic English, Bruce Atchison, Hebrews 2:18, John 14:15-17, Philippians 3:10, relationship with Christ, Spanky and Our Gang