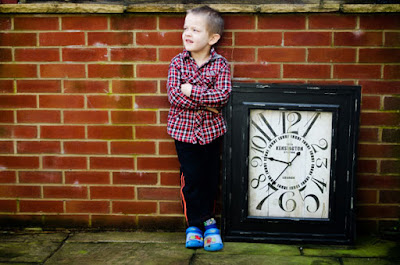 She said she had no food in the house. She hadn’t eaten for a day.

My mind went back to the years I served at a community outreach program, where we saw homeless, hungry people every day. People who sometimes subsisted on free ketchup packets from fast food restaurants. Foodlessness was a real thing.

“Can I help you secure some food?” I asked.

“Sure.” She texted back.

We arranged to meet, and I rummaged through my pantry for whatever non-perishables we could spare. We didn’t have much ourselves, but we had more than nothing, that was certain. I poured half our tin of coffee grounds into a Ziploc bag. Coffee is a necessity of life. Let’s share. And what’s coffee without sweetener? I poured white sugar into a Ziploc bag. I grabbed a little of everything, a jar of peanut butter, a brick of butter, packets of instant oatmeal, fruit, rolls of toilet paper, and filled a grocery bag to bursting.

Then I hid it in the trunk, unsure I’d be able to give it to her.

Because here’s the other thing I knew.
People lie. They use. And abuse. And leech.
And my spidey senses were tingling about this one.

The fact was, I was still recovering from being overly used and abused in a few other relationships. As I hurriedly collected those groceries, my excitement about helping was laced with a fearful trembling. I knew I wasn’t strong enough to survive another bout of abuse. The past had taught me a critical lesson about boundaries, and how saying ‘no’ and being unavailable is sometimes the most loving thing to do – for me and for them. I was thankful for the lesson, but still reeling from the process it took to learn it.

I had only just met the woman with no food, and I didn’t really know her from Adam. She’d seen me be generous to someone that week, so maybe she’d zeroed in on me. Maybe, to her, I was just a potential fountain of free stuff. A source of supply. A means to an end. I couldn’t tell yet.

Embracing the lessons of the past, and trusting my motives and actions to God’s guidance, I offered to take the woman out for coffee. She accepted. I wanted to initiate a relationship, not a transaction.
As we drove to the coffee shop, having the typical ‘where are you from’ and ‘what do you do’ conversations that start many relationships, I started to smell the familiar stench of being lied to.
About weird things, too. Like her name. Who lies to strangers about their name?

Over coffee, red flags kept appearing. Contradictions. One minute there was no food in the house and the next, she had collected food from two separate community outreach programs in the last two days. One minute she was all alone in the world, and the next, she was connected to the multiple social services and programs around town (the very ones I was going to suggest to help her secure food). As a test, I poked around one of the inconsistencies with questions. She got mighty fidgety and wouldn’t make eye contact. Lying confirmed. Got it. Thanks.

I decided two things right there; first, that food was not the problem, so my giving food wouldn’t help solve anything. Secondly, I decided to overlook the lying. My role here was not to help, fix, or correct her, but to love her anyway. My role was not to point out and demand truth, but to love her even when she couldn’t be completely truthful for whatever reason.

I returned home and set the bulging bag of groceries on the floor, ungifted.

As I looked at the near-bursting bag I had been so excited to give my new friend, I was disappointed. I had so wanted to bless her with it. I had so wanted to see God work His magic in her heart and reveal His love to her through the gift. And I so wanted to experience for myself the joy and satisfaction of helping someone else. The reward of giving feels a lot like carefully choosing a well-thought-out Christmas gift for someone very close to you, and then getting to see their face when they open it. I love that!

But I knew, in this case, saying no was really the loving thing to do.
I wondered if God is disappointed too sometimes when He wants to give us so, so much, but has to withhold it for our good.

As I pondered the benefits of my not giving the gift, I noticed parallels between why God might sometimes withhold good gifts from us for a time.

You know those people who look on and treat people more like they are vending machines than fellow humans with dreams and needs of their own? These are the takers. And, if you’re not careful, they’ll take you for all you’ve got, and then take a little more. If it leaves you a hollowed, shrivelled, shell of a person afterward, well, that’s not their problem. They just move on to a new host when the current one is spent.

I know, because I’ve been that shrivelled shell and watched them move on.

So I’m more intentional now, careful to teach people how to treat me. If I feel the teeth of a leech digging in, I either detach or shut off the generosity valve to starve them out. If they move on, I’ve flushed a leech. If they stick around, they’ve proven they value the giver, not just the gifts, and I’ve found a new friend.

God is a generous Father, and wants so much to bless us. He’s got bags and bags of blessings ready for us. Sometimes He gives them regardless of our disposition. Sometimes not.

One example of this being a good thing in my life, is God’s withholding of immense wealth or fame. I’ve wanted it since childhood. Not for the sake of wealth or fame, I think, but for the respect and appreciation of others I thought it would bring.

Instead, God withheld that gift, allowing my emptiness and ache and need for love make me search hungrily for those things and finally discover them in Him.  The withholding IS a gift. Thank you, Lord.

All this to encourage you today.

If you’re having a tough time drawing boundaries in relationships, be encouraged; it’s actually a very loving thing to do. Godly, even.

If you’re in that place of feeling like God isn’t giving you the gift you’ve ached for your whole life, take heart! If He’s withholding it, it’s probably because He’s got an even better gift in mind for you.