Set up signposts to mark your trip home. Get a good map. Study the road conditions. The road out is the road back. Come back, dear virgin Israel, come back to your home towns. Jeremiah 31:21 The Msg 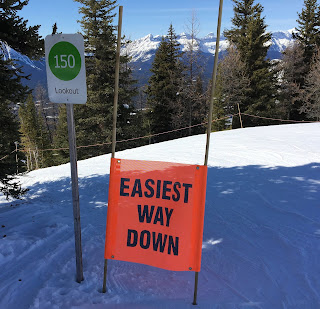 Everything in life is much simpler when we are given a detailed map, course outline, or precise instructions to follow. But Life doesn't work that way. It's the twists and turns that develop us. It feels as though I have had a decade of uncharted territory ... actually fourteen years of it ... actually, life is uncharted territory. You would think I would have learned something by now ... and I have.

I have learned that as long as one lives, learning opportunities abound, and I learn best through complications in life.

I have learned that navigating through these uncharted troubles of life requires a great deal of emotional energy.

I have learned that faith is not the opposite of doubt, faith is acting out our trust.

I have learned that faith is an operation mode that requires practice.

I have learned that we speak ourselves in the direction we want to go.

My recent uncharted territory comes in a unique format. With my marriage of two years, I inherited nine grandchildren, these nine children come as Lego parts of three different sets. On the flip side, I am learning how to be the inherited grandmother. For the youngest children, I will be the only remembered grandma. As two-year-old Brynn stated while we drove past a cemetery “Grandma B is in heaven.” Her two sisters told her that she'd never met Grandma B. These little ones have taken to me well, and I to them. But I also carry self-inflicted guilt as my own grandchildren live overseas and I have limited time with them. My mind began a deceptive mathematical withhold love kind of reasoning in order to keep my biological off-spring in first place; as if love invested here would lessen the amount of love left for my grandkids. In the last two years, my writing time has dwindled while my love of life has increased. Much of my writing of the past dozen years, has come from a place of deep pain. And now the resurfacing of joy has surprised me; this is all new territory.

The boundary lines have fallen for me in pleasant places; surely I have a delightful inheritance. Psalm 16:6 NIV

Afraid of Heights
It was a year ago that I had a nasty tumble while downhill skiing with my husband. The diagnosis was an avulsion fracture, and two torn ligaments of the left knee ... I was one-legged for three months. This year I determined to ski again, my husband was not quite as convinced. But we went, and I must say it was a huge success. I am doing the final edits on this post as we drive away from the mountains. While skiing, I thought of lessons 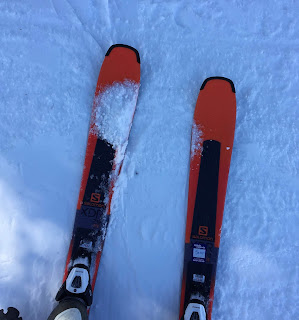 learned on mountain tops ... this year a new Fear of Heights reared its head. As I pondered this, I equated this to uncharted territory. I have struggled through despair ... in fact in the grief years, I questioned my right to be happy. Sometimes grief becomes a well-worn garment, we grow accustomed to its heaviness. When spring bursts forth, we feel naked without the winter coat, it all seems too sunny.


It would have been reasonable and easy to give up the skiing, given that I now live in the flattest province of the country; yet, I persisted. But when I got off the chair lift ... the rubber hit the road in the form of skis hitting the snow. Two anemic pieces of fibreglass are supposed to take me down a mountain? I had reason to be afraid. It would be easy not to try. What if I would get hurt? But what if I didn't? I'd done the physio.

Some of the same questioning has come to haunt my writing as well ... It would be easy to quit, but what if I succeed? What does success look like? Hundreds of people on the same mountain each with a different goal in mind; some snowboarders do aerials, some blaze down the mountain, some parents strap their kids alongside and traverse together, there were many other grey heads on skis. We studied the ski maps before we jumped on the chair lifts, the difficulty level was colour coded. As we interacted with other skiers, we explained: we ski like grandparents—because we are!

So I have learned that while navigating new territory or ski slopes—get a good map, follow a trusted guide, and cheer one another on along the way.