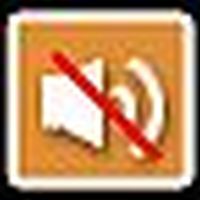 "Silence is golden," means something different to me. For years, I searched for a quiet place to live and work. No matter where I moved in Edmonton, I ended up next door to noisy folks.

My quest for quietude began in 1993 when a new family moved next to my home.  These people often invited other children to their place to keep their boy company. You can imagine what the racket a yard full of boys sounded like.

Worse yet, they often left their dogs in the yard all day. I don't blame those animals for barking at strangers. That's just part of their nature. But when I asked my neighbours politely to take their dogs in during the evenings so I could study work-related courses, the husband flipped out. I won't repeat the language he used but he clearly didn't like anybody even asking him to do something he didn't want to.

Condo living seemed to be the answer to me. They have strict rules against noise and other distracting activities, or so I thought. The complex I moved into was noisier than the place I moved from. One obnoxious young man even fixed cars in the parking lot. I complained to the condo board but nothing was done.

I sold my condo and moved into a high rise apartment for adults with the hope that there'd be no party animals and other inconsiderate louts. Since the apartments were being sold off as condos, residents worked daily to redecorate them. The building acted like a tuning fork, amplifying every hammer blow and drill buzz. A tenant also was using a storage room next to my bedroom as his carpentry shop.

When I moved to the main floor suite of a house, I thought that God might finally answer my prayers for a quiet place. I was wrong again. The neighbours operated a tow truck service out of their home. I and some other neighbours complained repeatedly about the diesel fumes and noise from idling trucks parked in front but nobody listened.

Additionally, the neighbours figured they had a right to party. My complaints to them just caused them to rage at my polite requests to turn down the sound.

God seems slow to answer prayers but I finally received a quiet place to live and write in 2000. A real estate agent found me a quiet home in a tiny hamlet with everything I needed. Thanks to a government pay-out, I was able to put a substantial down payment on the house and I paid the rest off in only five years.

Like the parable of the widow and the unjust judge, my constant bombardment of heaven finally received an answer. Everything came together perfectly so I could finally have the quiet location I craved. Apart from the magpies in summer and the occasional coyote choir practice in the evenings, this place is like a permanent writing retreat. I give all the praise and thanks to our heavenly Father for this wonderful home.