The Reluctant Author ... by Jocelyn Faire 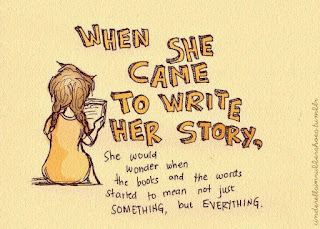 “What would you have to write about?”
I wanted to excuse Mother's comments to her short term memory loss, her dementia, but the words stung. They returned to feed my doubts. What did I have to write about?
But I knew. I knew I had to write.
I came to writing later in life. I recall being a speaker earlier on, the one asked to give bridal and baby shower talks in church. My first official speech had been as a festival entry in the sixth grade, where my nerves twisted the lines. I said Eskimos eat when they are tired, and sleep when they are hungry. Obviously I had to write my speeches, but the focus was always on the presentation, more than on the writing. Many times I was told I had a way with words.
And then ten years ago the clear directive came:
“Some day you will have to share your story.”

That instruction came from the higher voice. While Isaiah 66:2 says: But there is something I'm looking for: a person simple and plain, reverently responsive to what I say. (The Message) Initially I was not very responsive to the writing directive, I was busy in survival mode. And when I considered how to respond to the call, I spent time bargaining with God. He and I wrestled through issues of obedience following disappointment.  Soft words of encouragement came through scripture, a poem, a song or people's affirmation. Knowing that if I was going to do something, I wanted to do it well, I began taking writing courses. The courses taught that writing was a craft that could be learned, and improved with practice. As with most early writers, I feared the vulnerability. My story was very personal, and I felt as though I was standing naked before a crowd, but I realized I had to be authentic. There was no point to plastic words. I felt called to write what I wished had been there for me in my time, the words of struggle I needed to hear as I traveled the grief journey. Brene Brown taught me that vulnerability was a strength, not a weakness. 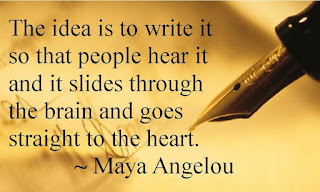 *First and foremost I knew I was writing to an audience of one.
My published sister recommended to have my work professionally edited. I felt I could not pay for the second round of edits, and let that be known to the chief editor. But when I spoke to the woman working on my manuscript; she confirmed my writing with her words: “This is a story that needs to be told, I would like to help you bring it to completion, without further charge.” Her final comments were: "I want you to know, I share the same faith background as you." I had randomly selected an editing group in Calgary through a Google search and God confirmed it with a believing editor. Small and large miracles spurred me along the writing way. Unbiased and unsolicited words from editing mentors, course instructors spurred me on.
I've included a small selection of verses, from Isaiah (The Message) that continue to encourage me along the way:

Is 43 “But you are my witnesses ... You're my hand-picked servant, So that you'll come to know and trust me, understand both that I am and who I am.”

Is 48:(?7) You have all this evidence confirmed by your own eyes and ears. Shouldn't you be talking about it?
Is 49: (2) He gave me speech that would cut and penetrate. He kept his hand on me to protect me. ... “You're my dear servant, Israel, through whom I'll shine.” (4)
(7&8)   ... The Holy of Israel, who has chosen you .... I form you and use you to help reconnect the people with me. ...(13) He has tenderly nursed his beaten-up, beaten-down people.
My mother has read my book, and in her better moments of clarity she approves.


Jocelyn is the author of Who is Talking Out of My Head, Grief as an Out of Body Experience.
She blogs about Hope in the Hard Places at: http://whoistalking.wordpress.com

Email ThisBlogThis!Share to TwitterShare to FacebookShare to Pinterest
Labels: audience of one, confirming words, Jocelyn Faire, reluctant author, Who is Talking out of My Head