What I Want to Happen Within My Readers by Eleanor Bertin 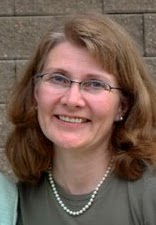 We are delighted to welcome InScribe member Eleanor Bertin as our Guest Blogger today.


Lisa looked at me from intense dark eyes and said, "One thing about you is, you always make me think."

Now, I'm fully aware my friend simply may have been diplomatically saying, "You get under my skin!" But knowing her, I think she would have come right out and said as much. So twenty-eight-year-old me took that as a compliment. She'd revealed that I was strongly motivated to make people think, to reconsider, to examine and even change their beliefs.

Her comment helped me make sense of something I'd done years earlier. On reading advice columnist Ann Landers' announcement that she and her husband of many years would be divorcing, thirteen-year-old me wrote to her, roundly scolding her for her inconsistency, hypocrisy and general bad example. Fortunately for Ms. Landers, initiative and a ready supply of postage stamps to actually mail the letter were not my strong suit.

In the years since then, while I still long to influence people towards God's truth in my writing, He has ground at least a few rough edges off me. I'm far more inclined to heed my mother's frequent advice, "You can catch more flies with honey than with vinegar."

In scripture, I see how the prophet Nathan used a gut-wrenching story in the ticklish and fearful business of confronting the king about his sin. (see I Samuel 12:1-7) The power of Nathan's story was in the love and empathy he evoked in his listener. That initial bait prepared the way for the "hook" – the truth that David was "the man". I would love to find that something I wrote could be used by God to do that within my reader. As in David's case, it would be my prayer that readers might recognize themselves through my characters and that similar transformation could happen within them.

Which is what I hope for in scenes like this (from my as-yet unpublished novel):

"Recalling the conversations Amy and her dad had had during the holidays about relationships, she now considered another perspective on her own marriage. It pained her to think of Dad throughout the years, doing his wife's bidding, held hostage by her moods, holding his peace. Yet again she pondered her father's statement that she was nothing like her mother. Amy thought of the years of her marriage and in a flash of lucidity, she saw her husband going along with her plans for the house or for their schedule, held hostage by her moods of grief or depression, holding his peace. Had she, like her mother, been guilty of revisionist history? Of thinking all of the past could be funneled into a single paradigm – or in her case, a single panicked action? This way of looking at it was so unfamiliar and so very unpleasant that she tried to slam the door on the images. But like the contents of her overfull suitcase, the truth kept popping out at her. To be forgiven, she would have to forgive her husband. Yet to reconcile with him seemed an act of betrayal of the child she carried under her heart. The child he had wanted to get rid of!"

I want my writing to be so saturated with a biblical worldview that the reader would not merely think, "Oh So-and-So should read this. This would be good for her!" No, what I hope to make happen inside my readers is the mirror effect.

"For if anyone is a hearer of the word and not a doer, he is like a man observing his natural face in a mirror;…But he who looks into the perfect law of liberty and continues in it, and is not a forgetful hearer but a doer of the work, this one will be blessed in what he does." James 1:23, 25


After a long career raising and educating seven children, Eleanor Bertin is dusting off her interest in writing at last. Currently, she is polishing her query in the hope of finding an agent who would take on a literary novel she's recently finished. Eleanor hopes that her writing would engagingly reflect her love for theology, philosophy and observing human nature. Eleanor can be contacted further through her website and blog.