Orleans: "You're Still The One" - Bruce Atchison 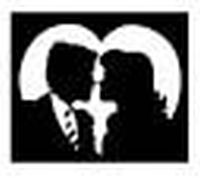 I'm sure many married folks can identify with this song. Couples do argue but those who want to patch up things between each other usually do well. Check out this song here.

Being single, it's my relationship with Christ that this song reminds me of. Being a new believer back in the early seventies, I found myself in a cult church. They taught me many blasphemous teachings which I swallowed uncritically.

It took many years to recover from the spiritual and emotional damage done to me. And though I gave up on Christ, he never gave up on me. Now I'm restored to the fold and he's still the one I worship. 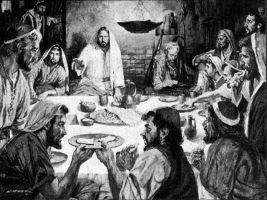 Jesus had harsh words to those false teachers who would mislead his "little ones." Matthew 18:6 (Bible in Basic English) reads, "But whoever is a cause of trouble to one of these little ones who have faith in me, it would be better for him to have a great stone fixed to his neck, and to come to his end in the deep sea."

That is why we read this warning in James 3:1 (BBE). "Do not all be teachers, my brothers, because we teachers will be judged more hardly than others."

How I wish I had known this and had a mentor back then. Even so, I'm like one of those folks in 1 Peter 2:25 (BBE). "Because, like sheep, you had gone out of the way; but now you have come back to him who keeps watch over your souls."

How wonderful that Christ accepted me back as a son. He knew I had been lied to regarding his nature. He knew that nobody taught me about God's providence and that, as John 9:3 says, my poor eyesight was for the manifesting of his work in me.

May our Lord and Master be glorified and manifest in your lives and writing.

Email ThisBlogThis!Share to TwitterShare to FacebookShare to Pinterest
Labels: "You're Still The One", 1 Peter 2:25, Bible in Basic English, Bruce Atchison, James 3:1, Matthew 18:6, Orleans