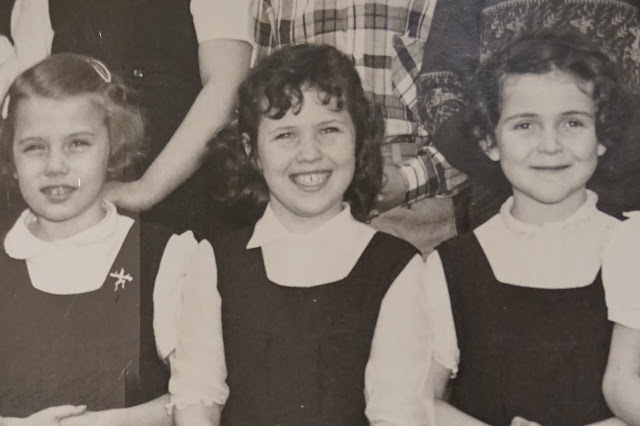 “Bob, will you help me write my story?” There was only one possible reply. “Yes” was out of my mouth before I fully thought through the significance of the commitment. Phyllis Fisher thought my yes was a gift to her but the privilege was all mine. Writers love what we do and sometimes what we do is love in writing.

I met Phyllis when her husband Bruce, tied the knot for my wife, Jocelyn, and I in 1979. Eleven years later, Bruce invited me to join his pastoral staff at Central Tabernacle in Edmonton, Alberta.

Only four years passed before our lives went full circle. Bruce’s health was failing, and he could not sustain his pastoral responsibilities. The congregation handed me the baton as their pastor positioning me as Phyllis and Bruce’s pastor. The significance of this rare relationship was never lost on Jocelyn and I. Phyllis was Jocelyn’s biggest cheerleader. “She inspired me to believe I could be the pastor’s wife of a significant kingdom church.”

In 2015, Phyllis was diagnosed with cancer. Intense treatments were not enough to prevent the end of her life from speeding towards her in 2018. The prognosis inspired her to create a legacy piece for her grandchildren and invited me to help her write it. The afternoons we spent together recording her memories were sacred moments. She invested precious hours of her remaining life into insuring her grandchildren would have a written legacy of her convictions and values. 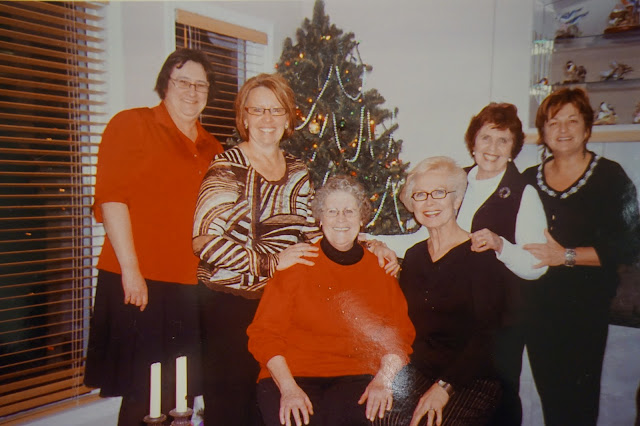 Phyllis was one of the longest surviving kidney transplant patients in Canada. In fact, she was a double transplant patient. Her desire was for people to be assured that organ transplants work. She conferred with many patients who were afraid to have a transplant and when she told them how long she had her transplant they’d respond, "You have been how long?!" When she reached thirty years as a transplant patient, her story was about encouraging other people, not about her. She introduced me to the woman who donated one of her kidneys when Phyllis’ first transplant failed. We met to capture the donor's story for the book. I listened in on their lively conversation in the Fisher living room, unaware that less than two months later Phyllis would be in heaven. Anyone who knew Phyllis was always surprised when they learned about her beginnings. She lived a love that was beyond her natural experience.


ABANDONED BUT NOT FORSAKEN

Phyllis was a pre-schooler when her father abandoned the family. Her mother was unable to care for her, so Phyllis lived with other families during her formative years. After high school she was applied for Bible College and was pleasantly surprised that they would accept "a girl like her." While at college she met the love of her life and she faced an early end to her life. Kidney failure threatened her future. Dialysis in the 60's was primitive and painful. Through it all she shared her faith with nurses and doctors and was sustained by a calm assurance that God's love would never let go. In the same year Bruce and Phyllis wed, she received a new kidney. 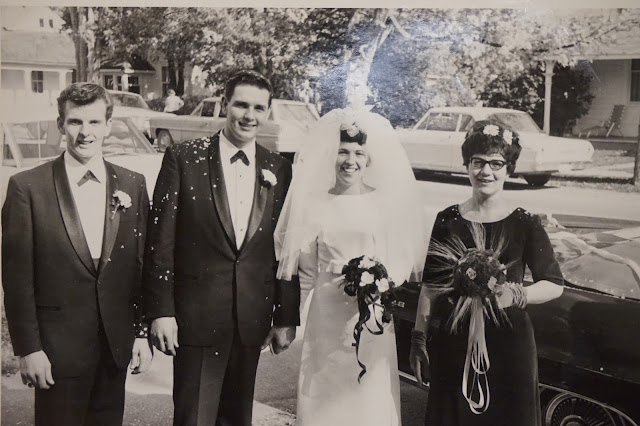 Though Phyllis was born into a family that didn’t work, she knew how to make her family work. Her fragile health prohibited her from carrying a baby, so Bruce and Phyllis adopted two children. Phyllis never used her illness or pain to deflect her drive to care for people and it was easy for those looking on to think she never had a care in the world beyond those they knew about. Phyllis fulfilled her dream of becoming credentialed as an ordained minister and a chaplain. When Bruce went on permanent disability, Phyllis became the breadwinner, employed by the Ponoka Hospital and Care Centre.

Our writing journey began in her living room on March 9, 2017. We met for a second interview on March 17th - Saint Patrick’s Day - a fitting time as Phyllis was proud of her Irish heritage. There was no blarney in her answer when I asked how she was feeling. “I’m at a five out of ten on a pain scale. Three would be a threshold where some attention needs to be paid to my pain level. But that’s OK.”

We met again over the next five weeks and fully expected to meet with her in May. Sadly, she needed tertiary care. Our conversations came to an end. Within days she passed. I did my best to fill in the gaps and published her memoir, Love Never Let’s Go a few weeks after her death. 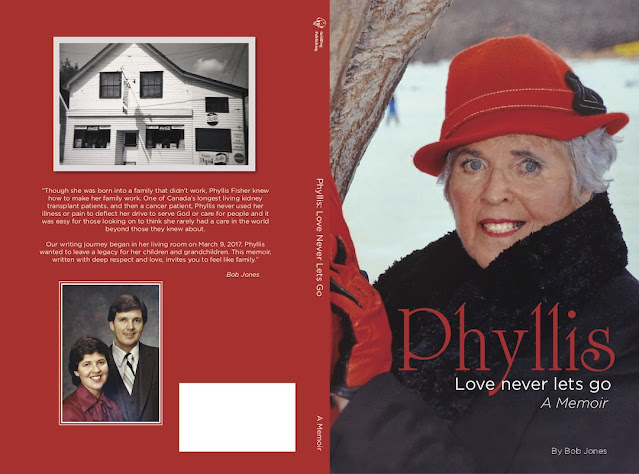 Phyllis left a resounding testimony of God's love and care. She lived her too short life to the full. The Fisher family and their friends expressed appreciation for creating a memoir of Phyllis' life, but I was the one with gratitude for being entrusted with this sacred responsibility. As a writer there is no greater trust than to be invited in to chronicle a love story. Truly, love never lets go. 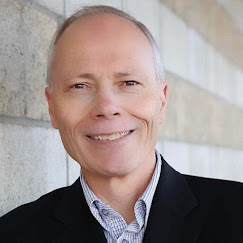