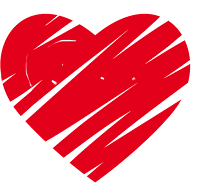 These are words that come to mind when I think about my own marriage. I believe they are the key ingredients that have allowed my husband and me to weather 42 years together. (Coming up to 39 married.) Sometimes I am in awe that God has been so gracious to me because I know we are not the norm anymore. Very recently, I was saddened to find out that friends of ours who had been married for forty-ish years got divorced.

The irony is, I come from a broken home. My parents were divorced. So were my husband's parents. So neither one of us had great examples of what a stable relationship was supposed to look like. Ironically, all my siblings have managed to stay in long-term marriages, too. Maybe we learned what not to do...

That doesn't mean our marriage has been easy. Oh contrare! I am without a doubt the more volatile partner. When we first got married I was super hot-headed--as in break and throw things! On the opposite side of the spectrum, my husband rarely took anything seriously. When I was yelling, he would just laugh at me! I couldn't get a rise of out him and it made our fights very one-sided.  It was so irritating!

Well, these days, for better or worse, we seem to have taken on each other's characteristics. I have become much more docile. I've learned to control my feelings without lashing out first. He, on the other hand, actually gets mad once in a while! (He's human after all! Phew!)

People are often shocked when they find out how long we've been together, especially when they see that we actually still like each other! I've heard it said that love is a choice, and I suppose to a degree, it's true. Not only do I choose to love my husband, but I also choose to extend him the grace he deserves. Lord knows I need grace, so I have to be willing to give it, too.

The same goes for forgiveness. I mess up and wouldn't want him to hold my mistakes against me, so I need to do the same. Keep short accounts, as they say. We've learned to compromise. I can't have my own way all the time. Life just doesn't work that way. But, when I give a little, so does he. It balances out in the end.

Finally, we choose to love one another unconditionally. Man, did I have a lot of baggage coming into this relationship! So did he. The biggest thing that's kept us going is the unconditional love of Christ. We got saved when we were young adults. I doubt we'd still be together if that hadn't happened.

Tracy Krauss writes from her home in northern BC. She was the former president of InScribe for a season but now enjoys all that extra free time... Visit her website for more:  https://tracykrauss.com